Horns of a Dilemma 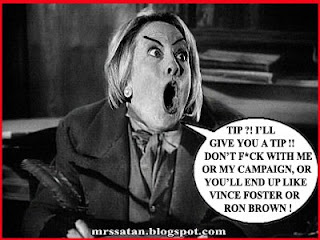 Neal Boortz in an article on Nealz Nooz of today makes an interesting point with regard to the corner into which the Democratic Party has painted itself during the current presidential campaign cycle.Boortz refers to it as "buyers remorse". Having hung its hat more or less on a candidate (Obama) who has not been vetted in the traditional sense, the Democrats are beginning to witness an unraveling as more data comes to light in his background.

The media spin machine initially was able to portray Obama's legislative record as "moderate" when in fact he has accumulated a voting record to the left of Ted (the swimmer) Kennedy as well as "reporting for duty" John Kerry. Subsequent revelations however, have not been so easy to spin. The 20 year association with the America damning Jeremiah Wright has been more difficult to handle as the evidence has been plastered all over the electronic media for several weeks now and shows no indication of going quietly into the gentle night. Couple this with Obama's speech in San Francisco referring to flyover country residents as "bitter" and his association with Bill Ayers of the Weather Underground and the Democratic Party apparatchiks are beginning to perceive a problem with their anointed one come the November general election.

Boortz is onto something when he points out that Howard Dean and company will inevitably resort to the race card in defending their candidate by portraying any opponent i.e. McCain and other Republicans as "racist" who would dare to criticize "the first (or is that the second) black presidential candidate".

Although there are a number of voters who can be chided successfully for not voting for the anointed black candidate the secret ballot process militates against such a strategy. Evidence of such a problem has already been noted in the Pennsylvania Democratic primary where the exit poll data versus the actual vote tally indicated a substantial divergence in how voters actually voted as opposed to their answers to pollsters' queries.

The leftists Democrats who routinely avoid debate on the issues by hurling epithets such as "racist, homophobe, sexist" etc. at those with whom they disagree will likely command considerable favorable attention in the mainstream media but will be at a loss to explain why libertarians and conservatives such as this humble scribbler would in a New York minute vote for Thomas Sowell, Walter Williams, Ward Connerly or Janice Jackson Brown (all African Americans) over ANY other candidate black or white.
at 6:42 PM 5 comments: 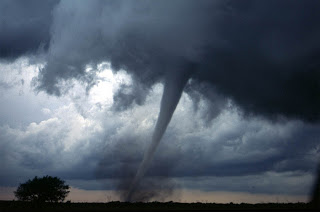 Many apologies for the absence of nearly 3 weeks during the latest road trip of over 6500 miles. Road trips are always educational as well as boring while grinding out the miles. One lesson to be learned when planning ones route is to NEVER trust the Weather Channel. During one days journey through an area which the Weather Channel assured all and sundry was to experience torrential downpours as well as "golf ball sized hailstones" we were forced to activate the windshield wipers briefly on two occasions in order to clear the drizzle. Additionally, we considered purchasing tire chains before traversing the Monarch Pass (elevation 11,000+ feet) in Colorado after the Weather Channel predicted copious snowfall from a "severe" weather system. We encountered a brief light snow flurry at the summit which did not even require removal by the highway department. The Weather Channel focuses almost exclusively on the sensational and graphic depictions of weather events probably for two reasons: Firstly, to generate viewership in order to sell advertising which occupies nearly 50% of their air time and secondly to promote their apparently warmista agenda. It would probably be appropriate for the Weather Channel to be re-christened "Warmista TV".
In any event the trip deserves more reportage than is feasible while we catch up on the other everyday chores which were of necessity neglected during our absence. More anon.
at 3:06 PM 2 comments: