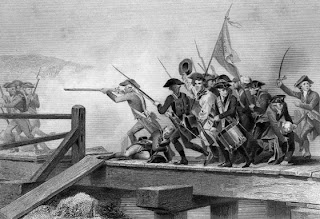 Recently we have noted a surfeit of discussions of various scenarios involving self defense and "protection". It has also been observed that one of the consequences of the recent national plebiscite has been a boost in the sale of firearms and related paraphernalia whilst private enterprise along with the remainder of our liberties seem to be in free fall. To what extent however, is the private acquisition of the means of self defense merely an exercise in "talking the talk" rather than "walking the walk"?

This writer is of the opinion that the most important factor when considering taking individual responsibility for defending ones self, family and property is mindset; and for the last two generations government education has systematically attempted to quash the traditional view that self defense is a natural right. All the defensive armament available is useless unless one is prepared to utilize it in extremis.

The conventional wisdom permeating our society that it is the responsibility of the state through one of its agencies to protect us from violent criminal threats to life and limb could not be further from the reality. The truth of the concept can be read here and here that the government has no obligation to defend an individual from the threat to life or limb. Also to be considered is the fact that the greatest threat to liberty since 1865 has been the Federal Government itself. In spite of these facts :
During times of severe economic collapse and the concomitant likelihood of brigandage, it is logical to conceive of relying on individual self defense. On the other hand, what is the appropriate response to the scenario where agents of governmental authority are sent out to collect the means of self defense from the citizenry during times of emergency and martial law as was the case in New Orleans during the aftermath of hurricane Katrina? If, dear reader, you are prepared to dismiss such a possibility by citing articles and clauses in the Constitution and provisions of the Posse Comitatus Act of 1878 I suggest that you consider returning to the real world of the 21st century.

There is, however at least one ray of hope, and you will not be made aware of it in the traditional media. If any of you dear readers are members of the military or law enforcement, I urge you to become acquainted with the web site of the Oath Keepers who present a list of "orders" which they will not obey.