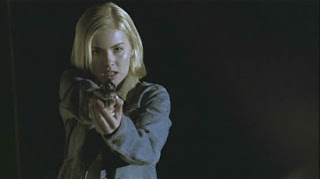 Finally some good advice from the Brady Center:

Last April a man who seemed to have been mentally ill went on a rampage at Virginia Polytechnic Institute and State University. Cho Seung-hui used firearms to murder 32 people before killing himself--and somehow he managed to do it even though Virginia Tech is a "gun-free school."

Or was that because it's a gun-free school? As we noted at the time, a shooting five years earlier at another Virginia institution, the Appalachian School of Law, was stopped when an armed student confronted the gunman. Appalachian, a private school, is not "gun free."

From these two incidents it is reasonable to believe that campus gun bans are more effective in preventing defensive than aggressive use of guns--a view that is gaining adherents on campus, Fox News reports:

College students across the country have been strapping empty holsters around their waists this week to protest laws that prohibit concealed weapons on campus, citing concerns over campus shootings.

"People who would otherwise be able to defend themselves are left defenseless when on campus," said Ethan Bratt, a graduate student wearing an empty holster this week on the campus of Seattle Pacific University.

Students for Concealed Carry on Campus, a group of college students, parents and citizens who organized after the deadly shootings at Virginia Tech University in April, launched the protest. . . .

But others believe college is no place for firearms.

"You don't like the fact that you can't have a gun on your college campus? Drop out of school," said Peter Hamm, a spokesman for the Brady Center to Prevent Gun Violence.

"Drop out of school." Hamm's advice certainly reflects the degree of maturity and thoughtfulness we've come to expect from the Brady Center.

I found a video on how to "Start Your Own Gun Free Zone". Very informative.

Or is it "Il-logic"? Unfortunately, because our Society is not made up of only "Good and Decent" people, and because the "Bad" guys are Truly bad, we must be prepared to defend ourselves.

Because said "Bad" guys are "Bad" because the scoff at the law,(Surprise),the following mathematical equation results:

My daughter will be going off to college next fall. She has been trained in the proper care and use of a firearm.

She will have one with her, I'm afraid, even if it is against the Law.

Seems terrible to me that a private citizen has to "break the Law" in order to protect themselves.

Your female wolflet may be prosecuted. It is probably better to be tried by 12 than carried by 6.

Aye, Leonidas.
Some risks are worth the taking.

I shall not bear losing another Daughter. My first born was one of yours...."On the Job" in Chi-town.

Too distressing a tale to re-tell here.

Is est per Deus
Wollf

Wollf,
My long ago acquired police deductive powers are allowing me to connect more dots. We share possibly the most tragic of life's sorrows: the loss of an offspring.
"Too distressing a tale to re-tell here."
As is death by melanoma which took my younger son. Absolutely NOTHING is forever.

Tis true Leonidas. Nothing is forever.