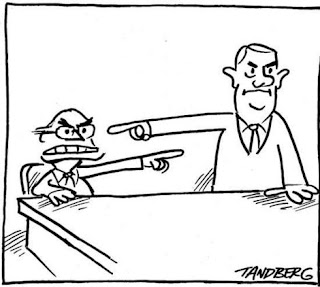 John Hinderaker's observations on the Economy

Two thoughts about recent economic data: first, the Labor Department reported last week that private employers cut payrolls in July by 51,000 jobs. (This isn't exactly correct; employers added many new employees over the summer, as they always do, but because the increase was a little less than in most recent summers [minimum wage increase?] , it was recorded as a "decline" on a seasonally-adjusted basis.) Democrats hailed the job report as a sign of economic failure [yes, but whose?].

Second: [recently], the administration announced increased federal budget deficit figures for fiscal years 2008 and 2009. As the Associated Press reported, "Democratic critics...charged that the soaring deficits showed the total failure of the Bush administration to put the government's fiscal house in order." But why did the 2008 deficit "soar" to an estimated $389 billion? Mostly because Congress decided that the existing budget deficit wasn't large enough to stimulate the economy, and therefore enacted a "stimulus" package in February that included mailing checks to 128 million households.

At the time, the Congressional Budget Office forecasted that the package would increase the deficit by $152 billion in FY2008, with a smaller impact in FY2009. This wasn't an unintended consequence of mailing out all those checks, it was the whole point--the source of the "stimulus."

I'm not a good enough economist to be sure whether the bipartisan Economic Stimulus Act of 2008 was a good idea or a bad idea. But for anyone who voted for it--which includes pretty much everyone in Washington--to complain about the growing budget deficit is ridiculous.