About to Hit The Fan? 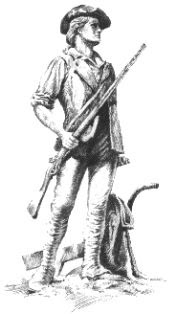 There are various reasons explaining why the current financial/economic "difficulties" will in all likelihood result in a reprise of the "great depression" of the 1930's. Firstly, the "crash" of October, 1929 occurred approximately two months after an economic downturn began as evidenced by increased unemployment statistics in August of that year. Secondly, the "crash" resulted in a 24% reduction in the value of the equities market as evidenced by the Dow Jones index which began a "recovery" lasting into May of 1930. Compare this to the 40%+ drop in the value of equities since October 2007.

Enter the US government at the behest of President Herbert Hoover.

Hoover did not fail to employ promptly and vigorously his "modern" political principles, or the new "tools" provided him by "modern" economists. And, as a direct consequence, America was brought to her knees as never before. Yet, by an ironic twist of fate, the shambles that Hoover abandoned when he left office was attributed, by Democratic critics, to his devotion to the outworn tenets of laissez-faire.

Fast forward to October 2008. A credit crisis caused chiefly by the government's insistance on an end to "red lining" by lenders in order to increase home ownership by favored minorities results in a crisis due to mortgage defaults cascading into a meltdown in the financial sector.

Enter the intervention by a Republican Administration which for political considerations wishes to prevent the morphing of the crisis into a widespread economic downturn.

Even though these "rescues" are too little and too late the die is cast for the most far reaching socialization of the US economy in history. The US electorate (educated in government schools) will logically lay the blame for its pain at the feet of the Republican Party. Already the Democrats as evidenced by their presidential candidate are laying plans to: increase taxes, enact protectionist tariffs, increase transfer payments to their constituencies etc. This is precisely the direction taken by the FDR Administration beginning in 1933 which prolonged the recession of 1929 1932 into a depression in which the recovery to 1929 levels extended until 1954.

This old Spartan's advice: plant a vegetable garden, arm yourself with an adequate supply of ammo (hidden of course), get out of the stock market and into gold (in small, hidden and easily traded units) and upgrade your marketable and survival skills.