Damn the Facts! Full speed Ahead!! 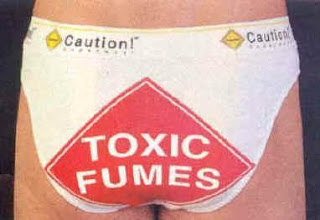 It seems that the warmista/green movement has recently been dealt a serious blow from none other than a government "study" funded by tax payers in good old Blighty, arguably the most radical of the warmista controlled nations in western civilization. The socialist government there, realizing that the warmista/green agenda is a government friendly, individual liberty averse movement/religion, has bought into the warmista propaganda that disposable diapers (nappies in British parlance) are a threat to the "environment" but is embarrassed by the findings of a recent study costing the British tax payers £50,000 (US $86,000) which finds that disposable diapers (nappies) have a significantly reduced impact (carbon footprint) on the environment than do the officially touted cloth reusable alternative.

The report found that using washable nappies, hailed by councils throughout Britain as a key way of saving the planet, have a higher carbon footprint than their disposable equivalents unless parents adopt an extreme approach to laundering them.

Warmistas need not however worry over dissemination of the data as ..."the government is so concerned by the “negative laundry options” outlined in the report, it has told its media managers not to give its conclusions any publicity."

Take that! you anti warmista heretics!
at 8:06 PM