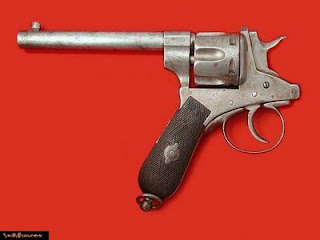 While the wall to wall 24-7 Michael Jackson death freak show has occupied the attention of the MSM circus attendees, truly catastrophic events have transpired. On Friday June 26th by a vote of 218 to 212 the US House of Representatives passed Waxman-Markey, the largest tax bill in the history of organized crime government.

We are duped into believing that we, or the planet, will benefit by the micro-regulation and macro-taxation of our behaviors. Prostituted scientists and "climatologists" in black robes had christened natural, life-sustaining carbon dioxide a "poisonous pollutant." The over-reaching Environmental Protection Agency teamed with the pathetic Intergovernmental Panel on Climate Change to steamroller legislation before their gig was up. (Way too many inquiring minds had been exposing the AGW urgency, as presented, to be fraud. The Australian Senate is rejecting its own version of Cap-and-Trade. The EPA has been caught red-handed censoring a global-warming study that was inconvenient. New EU Parliament Group includes climate skeptics. The Polish Academy of Science is challenging man-made global warming. The earth’s temperatures have flat-lined since 2001, despite growing concentrations of CO2. Green jobs are found to be a cost not a benefit to our national economy.)

Only in a society dumbed down for two plus generations by forced immersion in the government indoctrination centers skools could the nonsense that a colorless odorless gas (CO2) necessary for sustaining life itself be accepted as a poisonous pollutant needing to be taxed and regulated using political duress by a substantial portion of the population.
at 4:11 PM

Unlike the Iranians, Hondurians, North Koreans, etc. we are well-armed. There are enough firearms and ammunition in private hands in the USA to give EVERY man, woman and teenager more than enough to stand up to tyrrany. So why are we sitting on our rear-ends watching "American Idol", "Jon & Kate plus 8" and all the rest of that trash? What will you tell your grandkids?

We're too busy sitting on our couch, eating Doritos, sipping a cold one and watching the tube. Oh, we'll moan and grumble about the doubling of our utility bills, the $7/gallon gas and groceries we can't afford anymore. But we'll just put Junior to work, buy the cheapest grade of ground beef, buy generic everything and keep on trucking, because we're scared of those new "block captains" from Obamacorps and don't want to get sent to reeducation camp like the grumpy guy at work and our neighbor was. Heck, I'm starting to like Macaroni and Cheese and potted meat.