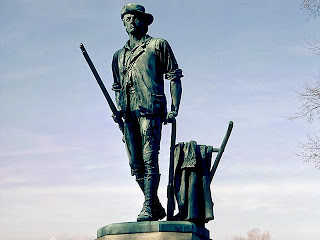 Greetings gentle readers. The old Spartan is back after a week's hiatus sans internet, electrical grid, community water, land line telephone and other electronic broadcast media other than a solar powered radio. In many respects the experience resembled the years spent sailing aboard Leonidas and living off grid in the mountains of northern Kalifornia but with some important differences.

The Great Flood of '09 in north Georgia was indeed an eye-opener even for those of us who had lived many years a more or less self sufficient lifestyle. The main differences between choosing such a lifestyle and having it forced upon us by emergent events are of course the elements of planning and preparation.

The global financial, political and economic events of the past year have awakened an interest in the unfolding of various scenarios and how they might impact our very survival. This is evidenced by the emergence of a plethora of web sites and blogs devoted to the "preparedness" mentality. For the most part the scenarios described follow what I would choose to categorize as the "Hollywood" mentality. The scripts for some of these scenarios occasionally involve the "bug out" option. That is, for one reason or another one decides to flee an area impacted by a disaster and seek refuge in another geographic location. There are valid reasons for choosing such a course when the chaos attending a serious breakdown of society impacts an urban environment.

I would submit that in most cases the decision to opt for the "bug out" choice should if possible be made and executed in advance of a SHTF situation for several reasons. Firstly, instead of visualizing world peace, picture being trapped in a miles long parking lot of frantic motorists continuously burning valuable/irreplaceable fuel while waiting to creep 25 feet before stopping again. The gridlock associated with such a situation is often the result of a roadway closure caused by either natural or man caused events.

I hesitate to extrapolate the situation obtaining here in north Georgia to other areas of the nation but have discovered to my chagrin that suburban sprawl here during the last few decades has resulted in the proliferation of residential developments/tracts containing only a single access road. This situation has resulted in a dangerous condition wherein very few detour routes are available and access for emergency/rescue crews are severely hampered. So much for the "urban planning" in vogue with progressive local permit issuing jurisdictions.

Your humble blogster recalls observing a gridlock event once while ashore in Venezuela. A motorcycle with two occupants proceeded between two lines of gridlocked motorists. The passenger on the motorcycle occupied himself by robbing the trapped motorists at gunpoint whereupon the dynamic duo would escape between the lines of hapless motorists. The Venezuelan government (this was prior to Chávez) addressed the situation by prohibiting all motorcycles with two MALE riders. Two females, OK. One male one female, OK. I doubt that such a robbery modus operandi would succeed in the U.S. (outside of Chicago, NYC or DC) as the chance of an armed motorist would raise the occupational hazards for such perpetrators.

But alas I digress. For those who opt for other than the "bug out" scenario, the debate continues to rage over the best strategy to adopt for a SHTF situation. I would suggest a perusal of the posting here for a check list of appropriate preparations.

In any event, due to the recent actions of our rulers there are those who posit that the SHTF situation is in fact the "rosy scenario". If (when?) the coming collapse results in a declaration of martial law, most bets will be off and may God have mercy on all of us who will be declared "terrorist enemies of the state".