How's That "Nation Building" Working Out? 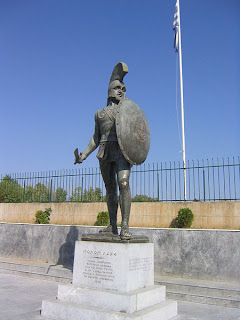 Regardless of what we hear concerning our "overwhelming" advantage in the availability of force and the technology associated with its application, it is obvious that the west in general and the U.S. specifically lack the moral will to prevail against a determined opponent who does not hobble himself with such inconveniences.

Our former commander in chief campaigned prior to his election on a platform which among other assurances pledged an avoidance of "nation building". As is so often the fate of campaign promises, it was less than a year until the policy of installing a "democratically elected" government in Kabul was being implemented to be followed shortly thereafter by a similar action in Iraq. This humble blogger will not here address the issue of needing to dissuade any external power by all reasonable means from attacking the vital interests of the United States. That concept appears to be a no brainer, but as always "the devil is in the details". For example, how should the issue of vast cultural and religious differences be addressed? What is the policy to be concerning the existence and definition of non combatants or so called "innocent civilians"? A case in point although anecdotal is illustrative of our point. It relates to the enormous cultural and religious chasm existing between our western Greco-Roman culture as opposed to the subject of a recent exercise in "nation building":

In Kabul, the [Afghan] capital, an American service member and an Afghan police officer got into an argument because the American was drinking water in front of the Afghan police, who are not eating or drinking during the day because of the Muslim fasting month of Ramadan, said the district chief, Abdul Baqi Zemari.

Lt. Robert Carr, a U.S. military spokesman, confirmed an incident between Afghan police officers and a U.S. police mentoring team. He could not provide information on the conditions of the two men.

Dear reader, please remember we are viewing the interactions between our own (western) concept of appropriate behavior as opposed to that of a supposed "ally". This incident speaks volumns concerning the probable success of a "nation building" project in the current theatre of operations.

Under such circumstances many of us are at a loss as to how to proceed. In consulting history we learn that earlier civilizations have confronted similar situations. Several millenia ago the ancient Assyrians had an interesting policy in the treatment of conquered peoples. After a military victory the Assyrians made the usual demands of tribute in the form of treasure, slaves and foreign policy on the defeated people and withdrew without leaving an "occupying" garrison. So long as the defeated population complied with the Assyrian demands they were left alone. Contrary-wise, if the subject city after being left alone attempted to rearm and renew the conflict it was subjected to the full fury of the Assyrian military machine and completely obliterated. This policy in the long run resulted in minimal inconvenience to the Assyrians as word inevitably spread of the fate awaiting any rebelious cities.

A similar policy was adopted by the Mongol invaders of eastern and central Europe during the 12th century:

The term by which this subjection is commonly designated, the Mongol or Tatar yoke, suggests ideas of terrible oppression, but in reality these nomadic invaders from Mongolia were not such cruel, oppressive taskmasters as is generally supposed.[3] In the first place, they never settled in the country, and they had little direct dealing with the inhabitants. In accordance with the admonitions of Genghis to his children and grandchildren, they retained their pastoral mode of life, so that the subject races, agriculturists, and dwellers in towns, were not disturbed in their ordinary avocations.

Could it now be appropriate for the U.S. to consider a similar policy in lieu of attempting to "democratise" those powers whom we consider a threat to our vital interests? Is it really important what form a foreign government takes so long as our vital interests are not threatened? At present we seem to be pursuing a policy similar to that of Athens during the Peloponnesian War of BC 431-404. That was to impose democratic governments upon its imperial allies and conquered cities. That strategy did not work out so well for Athens which had its butt handed to it by the Spartan oligarchy and its allies.
at 10:13 PM