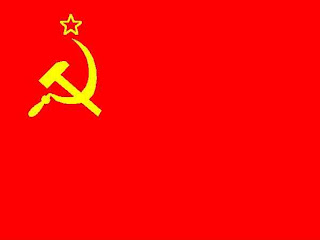 Recently your humble blogster was engage in a debate on another blog comment thread with a "progressive" over the issue if California's recent and ongoing crisis caused by a flight of capital. As is predictable with most debates with many "progressives" over substantive issues the discussion ultimately degenerated into insults and personal attacks (duh).

Please forgive ΛΕΟΝΙΔΑΣ for his concern regarding the fate of California, for that hapless state is his native land and it is depressing to witness its descent into the predictable abyss resulting from an adherence to collectivist/environmentalist policies.

A recent article in the Observer of the UK Guardian reports on the plight of the state. In typical UK leftist parlance, the "recovery" from California's woes will be the result of pursuing the very policies that have arguably resulted in the present crisis. For example the following quote:

Take Anthony "Van" Jones, [an avowed communist] a man now in the vanguard of the movement to build a future green economy, creating millions of jobs, solving environmental problems and reducing climate change at a stroke. It is a beguiling vision and one that Jones conceived in the northern Californian city of Oakland. He began political life as an anti-poverty campaigner,

["Jones continued, "Yes, the Great Revolutionary Moment had at long last come. And the time, clearly, was ours! So we stole stuff. Y'know, stole stuff. Radios, tennis shoes. Well, not everybody, of course."]

but gradually combined that with environmentalism, believing that greening the economy could also revitalise it and lift up the poor. He founded Green for All as an advocacy group and published a best-selling book, The Green Collar Economy. Then Obama came to power and Jones got the call from the White House. In just a few years, his ideas had spread from the streets of Oakland to White House policy papers. Jones was later ousted from his role, but his ideas remain. Green jobs are at the forefront of Obama's ideas on both the economy and the environment.

The question remains: "if environmentalist policies are so wonderful, why can they only be implemented at the point of the state's bayonet?"

The piece goes on to state: "California may have sprawling development and awful smog, [no clue as to what air the author is breathing] but it leads the way in environmental issues. Arnold Schwarzenegger was seen as a leading light, taking the state far ahead of the federal government on eco-issues."

However, here is the rub; by using the force of state government California has imposed costs on doing business within its borders far in excess of its 49 colleagues and diverted untold resources into the subsidizing of inefficient energy sources while prohibiting development of vast proven petroleum resources both on and offshore. Couple this with a confiscatory taxing policy on both businesses and individuals and is it any wonder that California is in serious fiscal and economic difficulties?

The editors at the Guardian appear to believe that the way out of California's woes is to pursue the policies that led to the collapse of the Soviet Union in 1991.