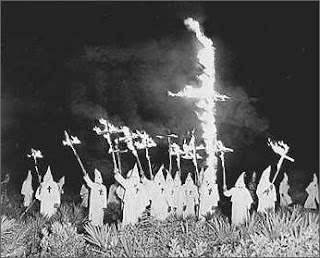 Greetings gentle readers. For some time there has, in the opinion of this humble blogster, been a pernicious myth permeating our society. The myth involves the idea that our nation is the beacon of "freedom" on the global stage. Indeed, when compared to many nation states as well as super-national conglomerations such as the European Union and the Russian Federation the US citizen enjoys a measure of (but vanishing quantity of) liberty.

Prior to the days of "diversity", the national security state, zero tolerance, progressivism and environmentalism our society was a much freer one. Indeed, in order to institute national alcohol prohibition in 1920 our rulers, finding no such authorization in the constitution, proposed and the several states ratified the XVIIIth amendment. How times have changed! It is not fantasy to conceive that recent Congresses (Congri?) would legislate such a prohibition without recourse to the amendment process and when questioned would reply: "Are you serious"?

Until the advent of the United Nations in 1945 it was inconceivable that our nation would engage in warfare lacking legitimately declared hostilities under Article I sec 8 of the Constitution. The last time the US legally declared a state of war was 5 June 1942. In June of 1950 our military forces were committed to hostilities on the Korean peninsula under the auspices of a United Nations "police action" resolution. Since that time all armed conflicts involving the US military have proceeded sans the legal niceties described in our constitution but with the occasional sanction of a congressional resolution or a perfunctory genuflection toward the "War Powers Act".

This is all understandable as historically the public has countenanced violations of constitutionally "protected" liberties during declared hostilities e.g. the Palmer raids  subsequent to WW I enforcing the Espionage Act of 1917 and the ordered internment of US citizens of Japanese ancestry in 1942. We have now descended progressed to a public outcry amounting to blood lust demanding the trial/execution/assassination of a foreign national for "treason".

Strangely enough, the previous outcry against the WikiLeaks dump last summer involving the Iraq and Afghan files failed to generate the level of outrage accompanying the recently published State department unredacted cables. Can it be that the previous releases were less embarrassing to the ruling class but now their subterfuge, arrogance and incompetence are revealed for all to view?  Just askin'.

In any event is it not ironic that Mr Assange was finally taken down for sex "crimes" committed in the Feminazi Republic of Sweden and we now await Eric Holder's efforts to discover an appropriate crime to utilize for the show trial? Perhaps Mr Assange can plead honorary membership in the New Black Panthers in order to quash the  investigation. It is all reminiscent of Leventry Beria's statement to Stalin: "Show me the man and I will find the crime".

It's apparent that our liberties are vanishing faster than the ink on our original Founding documents.

In times like these, I always enjoy reading the Declaration of Independence.

We may have to write an updated version.

While some would try and write a new Constitution or completely ignore it, many of us pledge to protect and defend the old one, against all enemies foreign and domestic.

The mob of change has gathered and swarmed, within all the branches and bureacracies, and in the universities, and on the dole.
There is to date, little evidence of defenders. Waiting too long, leaves a 5GW campaign as the only option against the 'changers'.

Feminazi state of Sweden? Sir we have no constitution just four so called "constitutional laws" grundlagar invented by the social democrats to permanent their power a power they since 1932 held with the exception of nine years had in their hands until 2006. It is a total mockery. Our courts first/second and supreme are completly controlled by the governement. The first (Tingsrätten) has five judges and no jury but three of the judges are ex poiticians (appointed by political parties) and two only
are professionals (likewise appointed). #2 Hovrätten has professional judges only but guess how they got the job. The supreme is no different. The prosecutors are politicized and nowadays mosty female. Marianne Ny who will prosecute JA is an abyssmal feminist and obviously extremly incompetent. She will deliver JA in boilersuit and hooded an rectally tranqilized to US to be forwarded to Gitmo.

The two girls begged him to hump them and it was only after they after several days found out that he had served them booth that they together walked to Norrmalmspolisen to get revenge. And there a female inspector (who would have guessed!) found out that they had truly been raped and got a female prosecutor (she was later suspended for 30 days) when the chief prosecutor Eva Finne had checked the circumstances and dropped the case. But then someone transferred the case to Ms Ny who of course came to a different opinion and turned the heat on again. So please dont call us Nazi it is just normal commysocialism just like what you get from your democrats. And this saturday we got our first bombwest jihadist. He was imported 20 years ago from Bagdad and tried to wipe out a few hundred civilians by first filling up his car with LPGcontainers and holiday fireworks and ignite it. Then he went for the grand central railstation but fumbled on the way and dropped his ignitor/cellphone. When he tried to pick it up he set off one charge of six he was carrying Heavy loaded with thousends of nails and extra explosives as he was. This happened in an back alley where he was nearly alone. He himself was the only victim thank god for this mercy. He had recieved special traing in the ME only last year. We are happy that they so often marry their cousins thereby spawning mouthbreathing idiot persons. But the governement refuses to comment why the import goes on and the scandal of the year is that we the voters (well 340000 of us) gave our votes to SD Sverigedemokraterna (a new party with a program for reduction of MENApeople import and expulsion of any immigrant who is found in breach of our laws). Feel sorry for us please!

Sofa, most informative post. It's encouraging to read words of sanity from Swedes who are awake. It is difficult not to see Sweden as a nation of blind men. We are in no position to look down on Swedes but at least we can hope that our election of a Marxist president was but a temporary aberration. The overall trend is still terrible and the difference between us and you is merely a matter of degree. The suppression of independent ideas is not quite so extreme here but the revolutionaries and race buffoons diligently to overtake you.