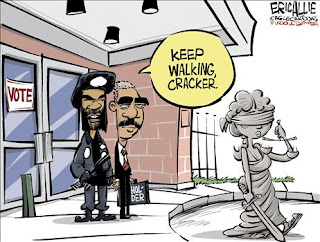 As is the case these days with most of us connected to the internet, this blogster receives a fair number of forwarded emails in addition to the usual spam. This morning's harvest of such missives included a message forwarded by the widow of one of Leonidas' army buddies with whom casual contact has spanned many years. The following is excerpted from that forwarded message:

It is reasonable and appropriate to harbor feelings of gratitude toward those who participate in the defense of our nation and communities, but I am driven to disagree with the assertion that persons who have participated in defending the national interests have "given" us such liberties that the government deigns to refrain from denying us. Indeed, the liberties that we yet retain are inexorably diminishing as I type this essay and one need only consider the many thousands of pages in the Federal Register to understand the magnitude of the loss.

Military conscription in the US ended most recently in 1973 and for that reason one must more or less volunteer (hopefully based on informed choice) to subject ones self to the body of laws consisting of the Uniform Code of Military Justice (UCMJ) governing members of the military. These laws, in the interest of discipline, differ in some procedural respects from civilian legal usages.

Having noted the distinctions between the two justice systems, one is forced to be curious as to precisely what rights are forfeited by members of the military. Let us consider the provision in the VI th Amendment to the Constitution requiring a "speedy...trial": An army private first class, one Bradley Manning "was arrested on July 29 ... for allegedly downloading... classified material while serving on an Army base outside Baghdad." It is duly noted that UCMJ does not provide for bail pending court martial proceedings, however the conditions under which Manning has been detained would seem to argue against a prolonged delay based on humanitarian considerations.


"At 5:00 a.m. he is woken up (on weekends, he is allowed to sleep until 7:00 a.m.). Under the rules for the confinement facility, he is not allowed to sleep at anytime between 5:00 a.m. and 8:00 p.m. If he attempts to sleep during those hours, he will be made to sit up or stand by the guards...PFC Manning is held in his cell for approximately 23 hours a day...The guards are required to check on PFC Manning every five minutes [day and night] by asking him if he is okay. PFC Manning is required to respond in some affirmative manner. At night, if the guards cannot see PFC Manning clearly, because he has a blanket over his head or is curled up towards the wall, they will wake him in order to ensure he is okay...He is not allowed to have a pillow or sheets. However, he is given access to two blankets and has recently been given a new mattress that has a built-in pillow...He is not allowed to have any personal items in his cell...He is prevented from exercising in his cell. If he attempts to do push-ups, sit-ups, or any other form of exercise he will be forced to stop...He does receive one hour of “exercise” outside of his cell daily. He is taken to an empty room and only allowed to walk. PFC Manning normally just walks figure eights in the room for the entire hour. If he indicates that he no long[er] feels like walking, he is immediately returned to his cell...When PFC Manning goes to sleep, he is required to strip down to his boxer shorts and surrender his clothing to the guards. His clothing is returned to him the next morning."

According to a computer researcher who has bi monthly contact with Manning:..."he is starting to deteriorate. Over the last few weeks I have noticed a steady decline in his mental and physical wellbeing," he said. His prolonged confinement in a solitary holding cell is unquestionably taking its toll on his intellect; his inability to exercise due to [prison] regulations has affected his physical appearance in a manner that suggests physical weakness."

May I remind you dear reader that this individual, a citizen of these United States has not been convicted as yet of any crime. The reasons offered by our government for confining PFC Manning under these conditions are due to his being held on "Prevention of Injury (POI) watch". Is it any coincidence that we learn: " Justice Department officials are said to be looking for evidence of collusion between him and Assange to build a case against the 39-year-old WikiLeaks founder...and that the U.S. had offered Manning a plea bargain in exchange for his naming Assange as his co-conspirator"? But then we all know that our "federal rulers" would never suborn perjury; especially in order to obtain a conviction against one who has seriously embarrassed them (wink wink nudge nudge).

I got treated much worse in OCS.

But, seriously, if this account of his detention is true, it's unnecessarily harsh, particularly for a person who has not yet been convicted.

Even if he had been convicted, this is pretty abusive.

The hours being kept awake are not remarkable for a soldier, but holding those hours while being confined to a small cell with nothing to do is harsh. A sniper might lie in the prone, outdoors, for days without moving and with little sleep, but he volunteers and is trained for that. And he knows when his hardship will end.

Not being allowed to exercise in the cell is ridiculous. The lack of mental and physical stimulus can drive a man insane. It's unnecessarily cruel. If I were Manning, I'd break every rule and tire them out disciplining me. How much worse could it get?

He might be on suicide watch which could explain many of these measures, but we don't know that to be a fact. That's the most plausible reason for checking on him and taking his clothes.

I wonder if they plan to keep this up for the rest of his life if he's convicted. My guess is that once they've secured a conviction, they won't care if he kills himself or not.

Things like this are part of the reason I retired. This crap doesn't just happen to military prisoners. The sorry fact is that the Army often treats soldiers in a similar fashion during training and daily, peacetime operations. Give a man some power over others, and he think's he's Napoleon.

I had nothing but disdain for the people who treated me, a field grade officer in his 40s, as if I were a reckless, immature private.

As a Captain, I was once ordered to guard weapons all night because the battalion commander suspected I had done something inappropriate. I had no relief, even to use the bathroom. It was restriction tantamount to confinement, and he never explained the reason for it.

Nick,
Having myself experienced troop harassment in the former more disciplined "brown shoe" Army I find it difficult to accept that OCS is "much worse" than what is being meted out to what amounts to a political prisoner.

Manning's treatment has only one purpose and that is to torture him into implicating Assange in a "conspiracy". As for me, I have lost all respect for the ruling elite of this formerly "free" republic.

Manning volunteered and took an Oath; and willingly signed legal documents when he joined the military, when got a clearance, and again when he was 'read in'. What he did is defined as Treason according to documents he signed and military orders he acknowledged.

(His oath, and the documents he signed, give Manning one reason to violate orders: Orders repugnant to the Constitution. That argument is not be made.)

Manning was a fool.
Sorry- No sympathy for traitors.

Assange is an avowed hater of Western Civilization and of America in particular. Although he is human excrement- Assange is under no obligations and did as he pleased with information that came across his desk.

Sofa,
Manning may be a traitor in the strictly defined military sense of the word; as for "treason", revealing the contents of State Dept. cables during peace time fails to qualify.

U.S. Constitution, Article III Sec 3:
"Treason against the United States, shall consist only in levying war against them, or in adhering to their Enemies, giving them Aid and Comfort. No Person shall be convicted of Treason unless on the Testimony of two Witnesses to the same overt Act, or on Confession in open Court..."

Congress has not seen fit to declare war since June of 1942. This is why "Hanoi Jane" was able to give real "aid and comfort" to the North Vietnamese and not be prosecuted.

He is a 'military traitor'.
No sympathy for Traitors.
.

Speaking as a guy who'd just as soon spit in Manning's eye as look at him... they're going over the line with him. I'm not so terribly concerned about detaining him for a period of time (hey, it's UCMJ - don't like it, don't join) but they're treating him worse than people who've actually fired weapons at US servicemembers. Convicted murderers get better treatment. Hell, we had to detain a child molester in our unit and (much as we would've liked to beat him) we somehow managed to not torture him like that.

At best, they can get Manning for espionage, what with the US Constitution being so stringent in its definitions of treason. The Founding Fathers had some notions about what they were doing, no?

Solaris: "The Founding Fathers had some notions about what they were doing, no?"

@ ΛΕΟΝΙΔΑΣ: Oh, I agree that the British thought it was treason. There's a fundamental difference, though. The Founding Fathers didn't consider themselves British subjects. Their actions had a purpose behind them. I'm having difficulty seeing the purpose behind Manning's actions other than "I'm pissed off and here's how I'm gonna get revenge". I think a lot of the conservatives who want this kid's blood are going overboard. I think that the fellas defending him, saying he's a hero, are going also overboard. He provided an opportunity for us and for the enemies in office to try and undo some damage, but I don't think that was his goal. If ya got any evidence otherwise, I'd be more'n happy to peruse it - I'm never adverse to improving my opinion on someone.

The signers of the 1776 Declaration DID in fact consider themselves "British" subjects and admitted that they would be hanged as traitors. The revolution was an ultimately successful effort to CHANGE their status.

Wasn't the purpose of the revolution to establish a new government? It's always been my impression that when they signed the Declaration they were telling King George to shove off, they were going to run things now. That's what I meant by not considering themselves British subjects. They knew the Brits considered the FF to be subjects, but the FF had no intention of staying subjects.