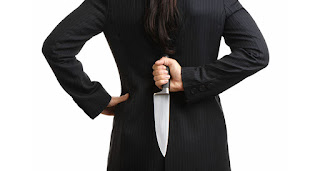 
Now the NRA is looking to help promote "gunstock control" even knowing gun control laws are written over-broadly and enforced even more broadly. All laws, including the proposed "gunstock control" law, make criminals where there weren't any. And that's all they do. They don't prevent crime, they create it. More laws, more criminals. It can't be any other way. To gun control activists, gun owners are criminals, and there aren't yet enough laws to prosecute them all.

The whole purpose of the second amendment is to keep our right of self defense off the table. How is it different with bump stocks? It isn't. It's more infringement, plain and simple. It gets filed with the rest of the gun control laws, because that's what it is. Bump stocks are pointless novelties

to most, but it doesn't matter, if a citizen wants one that's his decision to make. Not DC's. Certainly not the NRA's, if you're entrusted and funded to defend a principle, you defend it, and all that flows from it. Not just the popular parts. Not just the parts easiest to defend.

The NRA is apparently unaware they're throwing in, as a sweetener, the credibility they've earned since 1968. Neither their members or the gun control lobby will respect them for this. The NRA is supposed to stand against mindless stampedes, not join them. They should know the gun control crowd goes berserk when it smells blood. Watch their "bump fire act" run to a thousand pages. And even this won't be the end of it. It never is.