The Problem With Truth

It is almost a cliche that the aphorism "Lying propaganda travels half-way around the world before the truth can even get its boots on." No greater example of this exists than the heated rhetoric between the right and left extremes of the political spectrum. This sad situation is brilliantly discussed by Paul Craig Roberts:

Print This Article
Remarks on Right-wing Talk Radio
Paul Craig Roberts
Over the course of my life as a university professor, government official, business consultant, president of a community water company and editor and journalist for national and international publications, I have learned that a majority of people cannot think outside the indoctrination they received that formed their biases.  If you provide them with a different view or explanation, instead of thinking about it, they just get angry. This is true also of academics. University professors resist their human capital being devalued and placed in need of renewal by new discoveries and explanations. No academic wants to have to redo all his lecture notes or see his own scholarly contributions bypassed by new explanations. As Niccolo Machiavelli truthfully said, “There is nothing more difficult, more perilous or more uncertain of success, than to take the lead in introducing a new order of things.”
Conservatives with right-wing biases usually write me off as left-wing, and leftists with left-wing biases write me off as conservative, especially as I had a high appointment in the Reagan administration.  The only way to write successfully for these people is to tell them what they want to hear.  Then they love you instead of hate you.
It is pointless to write for such people, and I don’t.  Ninety-nine percent of my readers can think independently and look to me for explanations that make more sense than the controlled explanations they get from the print, TV, and NPR media.  That is the reason I write. As the IPE website states, we try to be accurate but are only human and can be mistaken on occasion.  But the agenda is to discover and tell the truth, not to sell an agenda.
Truth is not the purpose of the print, TV, and radio media or much, perhaps most, of the Internet and social media.  Just as the ruling establishment has taken over the print and TV media, they censure social media and are taking over the Internet.  Before long, truth will have to rely on mimeograph machines and people to hand out fliers in areas where there are no spying cameras if any such areas will exist in the future.
There is no doubt that truth is an endangered species.  It has always been endangered, but the technology today provides control powers even beyond George Orwell’s imagination.
So what can we do with truth for the time that it remains available to us? Clearly, we should at least make people aware that truth is endangered and that they are brainwashed with explanations that advance the agendas of the ruling elites.  But unless a truth-teller has donors to make him independent, as this site’s donors make me, he can’t tell the truth and also be successful. This is especially true with anything that pertains to Israel.  This brings me to right-wing talk radio.
On the Russiagate and impeachment hoaxes, right-wing talk radio got it right.  They could defend Trump on the facts.  But when it comes to Russia and Iran right-wing talk radio cannot get it right, because their patriotic conservative audience has swallowed the neoconservative propaganda that Russia and Iran are our enemies and that Russia interfered in the US election. Sean Hannity, for example, repeatedly affirms that Russia interferred in our election despite the fact that there is no evidence whatsoever that Russia interferred in the election.  Why does he do this?  Because his conservative audience in its gullible patriotism wants to stand up for America against “them Russians.”  Few conservatives can admit that 9/11 was a false flag to launch America on 20 years of war in the Middle East for the sake of power and profit and Israel’s territorial expansion.  Their gullibility leads them to declare: “The American government would never kill its own people.”  Ha!  All they need to do is to read the Northwood Project.  But that would upset them, whereas denouncing Arabs and Muslims and calling for them to be nuked is emotionally very satisfying.  By playing to the ignorant biases of its audience, right-wing talk radio decreases both the chance for peace and for truth.
This is not a beat-up session on the right-wing.  It is an explanation of why truth is so hard to establish.  The left-wing is just as guilty of deep-sixing truth.
When I was on George W. Bush’s case, I was a hero for CounterPunch which even published one of my books.  Today I am persona non grata.
The problem with truth is that it seldom supports establishment interests.  Thus, truth is in the way of material and selfish interests of the powerful.  That is why it is hard to defend truth and why so few do so. To tell the truth is extremely costly.
If a person gets too serious about truth, they end up in prison like Julian Assange and Manning, both of whom are in solitary confinement despite the fact that they have done nothing wrong except tell the truth.  And where are their defenders?  The presstitute media doesn’t come to their aid, because their truth-telling is an embarrassment to the presstitutes who lie for their living.
Right-wing talk radio misrepresents these truth-tellers as “traitors to America.”  Assange, of course, is not even an American, so how can he be a traitor to America?  A question this simple is over the head of right-wing talk radio and over the heads of the American and British populations that permit the outrage of destroying those who bring us truth.


One is best served by the old 1960s leftist cliche regarding government and media pronouncements: "believe nothing and question everything." 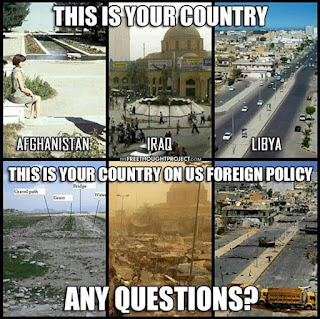 
At some point, when we’ve been lied to constantly and consistently for decades about a “threat” that we must “take out” with a military attack, there comes a time where we must assume they are lying until they provide rock solid, irrefutable proof. Thus far they have provided nothing. So I don’t believe them. 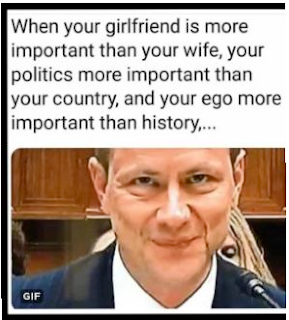