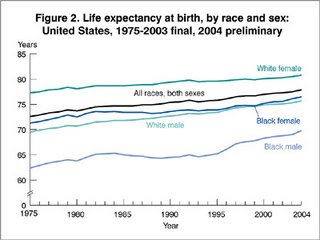 The following post and graphic on the left was shamelesly stolen from a post by Rocco DiPippo at: THE AUTONOMIST because it ilustrates perfectly the mindset of many of todays collectivist/leftists. Read it and rage. http://antiprotester.blogspot.com/2006/08/russell-shaw-wishes-for-second-911.html

"I am not proud of myself for even considering the notion that another
terror attack that costs even one American life could ever be considered
anything else but evil and hurtful. And I know that when I weigh the possibility
that such an attack- that might, say, kill 100- would prevent hundreds of
thousands of Americans from dying who otherwise would- I am exhibiting a
calculating cold heart diametrically opposed to everything I stand for as a
human being. A human being, who, just so you know, is opposed to most wars and
to capital punishment.

But in light of the very real potential of the next two American elections
to solidify our growing American persona as a warlike, polluter-friendly nation
with repressive domestic tendencies and inadequate health care for so many tens
of millions, let me ask you this. Even if only from the standpoint of a purely
intellectual exercise in alternative future history:

If you knew us getting hit again would launch a chain of transformative,
cascading events that would enable a better nation where millions who would have
died will live longer, would such a calculus have any moral validity?"

The fact that Shaw tries so very hard to elicit a 'yes' answer to that question shows exactly where his sentiments lie. I won't waste copious words explaining why Russell Shaw expresses his warped sentiments; ones that many of his 'peace-loving' leftist colleagues no doubt share.

In a nutshell, he is just another garden-variety, leftist hack suffering from Bush Derangement Syndrome (BDS). As such, he routinely ignores reality and facts, in this case a fact that destroys his own logic: Under the Bush presidency that Shaw obviously hates, life expectancy in the U.S. continues to increase. That is in spite of the loss of life Shaw imagines has been caused by Republican policies.

So logically, as far as saving American lives go, there is no need for Mr. Shaw to even suggest such a trade-off. On the other hand, to BDS sufferers like himself, the mass murder of American citizens might be considered a small price to pay to destroy George W. Bush and end Republican control of Congress and the White House.

Just so you know, I'm enjoying your site......keep posting!!

hmmm...I skimmed your article and don't really get it. oh well.are you saying that some people dying now to prevent others from dying in the future is wrong? Like when soldiers fight wars or liberate countries run by dictators? confused.

confused:
Go back and read the post carefully. This leftist is hoping for aother 911 like event to "prove" the inefectivness of Bush. Anything is OK including the death of great numbers of U.S. citizens if it will result in the liklihood of a return of the collectivists to political power.