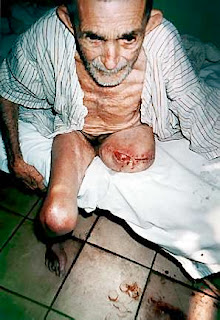 While Cubans are dying for lack of medicines; Castro is donating 5 tons of drugs to Peru.

Everyday we hear reports from Cuban-Americans who have to send medicines to Cuba, because their relatives can't find any in the local pharmacies.

When a relative is going to have surgery in Cuba, Cuban-Americans are forced to send everything, including the anesthesia.

But while Cubans are dying due to the lack of medicines, the dictator is giving tons of them away to foreign countries for propaganda purposes.

Here is a report in Monday's Prensa Latina:

Lima, Jul 23 (Prensa Latina) Cuba will deliver five tons of medicines in the next few days for those affected by the cold spell gripping the Peruvian Andes, the island"s charge d"Affaires to this capital Pastor Rodriguez stated.

The diplomat said this during a Sunday jubilant act in occasion of the 54th anniversary of the attack on Moncada Barracks, an armed action of the Cuban Revolution against the Fulgencio Batista dictatorship (1953-1959).

Amid applauses, Rodriguez announced the donation of medicines among his country's examples of international solidarity, which in case of Peru, the island was the first nation that in 1970 gave support to victims of a devastating earthquake.
at 8:56 PM

I know this doesn't pertain to your post but wasn't sure if you were aware of this. If not, it needs more attention:

http://freedomsight.net/ (Check out the top post,ATF can't stand the Sunshine) then go to the World Net Daily article