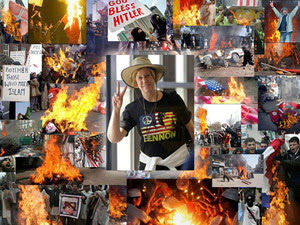 For those of you who depend on the New York Times and Associated Press for your "news" and found the data on the recent UK bombing operations the work of "amateurs" and reported in the back pages, here's food for thought:

Tim Blair provides a fine example of why The New York Times is an unreliable guide to the ways of the world:

My dictionary defines "disenfranchised" as:

to deprive of a franchise, of a legal right, or of some privilege or immunity; especially : to deprive of the right to vote

The "South Asian population" are British subjects with as much right to vote as Tony Blair or Gordon Brown. If the Times is merely using the word to mean more generally "deprived", the July 7th bombers didn't exactly hail from the ghetto: Shehzad Tanweer rode around in his dad's Mercedes. Omar Sheikh, who's supposed to have plotted the kidnapping and murder of Daniel Pearl, was an English "public" (ie, private) schoolboy and a London School of Economics alumnus. The four would-be suicide bombers who attempted a follow-up Tube carnage on July 21st 2005 were discovered to have "more than £500,000 in benefits payments" from the bountiful British welfare state in their bank accounts.

So the next editor of Webster's might like to include a new New York Times definition of "disenfranchised": "complacent liberal assumption designed to reassure readers that they can fit this story into all the old cliches about the usual root causes".

Incidentally, I stopped writing for the Times a few years ago because their fanatical "fact-checking" copy-editors edited my copy into unreadable sludge. It's interesting to see that in a story credited to "Alan Cowell and Raymond Bonner" with additional reporting "by Dexter Filkins from Cambridge, Mass.; William K. Rashbaum and Kareem Fahim from New York; and Eric Lipton from Washington" not one of their much vaunted editing processes queried the word "disenfranchised".

In business news, I see the Times' previously lucrative franchise looks like being disenfranchised a lot quicker than Britain's "South Asian population" will be.