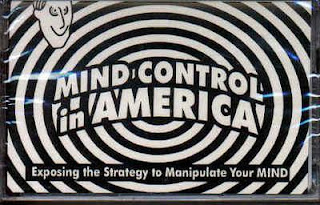 A few days ago a colleague of ΛΕΟΝΙΔΑΣ posted an illuminating essay which touched briefly on the subject of among other things, denial. The definition of denial in its psychological context is defined as: "An unconscious defense mechanism characterized by refusal to acknowledge painful realities, thoughts, or feelings." In few areas of human discourse are there more glaring examples of this phenomenon than two of the subjects frequently discussed on "right" versus "left" fora; specifically "gun control" and "global warming".

On the latter subject, the lack of any empirical data measuring anthropogenicaly driven increases in global temperature has resulted in the media, politicians and their politicized surrogates in the so called "scientific community" (the warmistas) to exert considerable effort to redefine the phenomena not as "global warming" but "climate change". To the extent that this verbal ju jitsu is successful it allows the warmistas to utilize virtually any weather or climate related anomaly for the furtherance of their political agenda. Thus if record breaking heat in a geographical area is experienced, it is attributable to "global warming". Conversely, unprecedented cold temperatures as recently experienced in vast regions of the planet are the result of "climate change". Curiously both of these phenomena which have occurred countless times since the forming of our planet are attributed to the same cause and require the same remedy: the exponential accretion of political power to a specific political class that just coincidentally has an interest in such a turn of events.

Another example of the manifestation of psychological denial becomes evident when we examine the facts surrounding the issue of "gun control". In the context of this debate with those who insist that "the police are charged with protecting the citizenry" (a concept rejected incidentally, by the entire US court system) just remember: "when SECONDS count, the police are only MINUTES away". The debate over various states (now numbering 35 required to issue such permits) allowing law abiding citizens to legally carry concealed firearms and two states which have no licensing requirements to do so (Vermont and Alaska) invariably involves opponents of such laws predicting gunplay accompanying every traffic collision and every instance of road rage with homicide rates going through the overhead. The facts as written in the statistics have as yet failed to dissuade proponents of greater gun control from positing their shopworn arguments. This seems to lend credence to the view that gun control as well as climate control is not really about guns or climate but really about control.

According to the climate change scientist James Lovelock, this is the beginning of the end of a peaceful phase in evolution.

By 2040, the world population of more than six billion will have been culled by floods, drought and famine.

The people of Southern Europe, as well as South-East Asia, will be fighting their way into countries such as Canada, Australia and Britain.

We will, he says, have to set up encampments in this country, like those established for the hundreds of thousands of refugees displaced by the conflict in East Africa.

"Give me four years to teach the children [and a system of government indoctrination education] and the seed I have sown will never be uprooted."

For some, it is denial. For others, it is simply a desire to control, and therefore eliminate all factual dissent.

It does not matter that gun control policies saw the largest increases in violent crime ever in every area they have been enacted (Chigaco, DC, Australia).

It does not matter that the evidence for anthropogenic global warming becomes thinner and thinner every day.

They simply (and quite purposefully, don't kid yourself) change the argument, or manipulate the results, to end up at the desired result.

Global warming became climate change simply because they know damn good and well that the global climate is chaotic and non-linear, and that they would lose their grip on the people if it ever stopped warming. Now, they get to be right every time something weird happens. Strange climactic events used to occur all the time, and folks would just attribute it to chaos and chance. Now, because of the indocrination, every strange occurance (and even some normal ones) are caused by human-induced climate change!

On the gun control front, every statistic throughout history shows that gun control does not work. In fact, many times, it creates the opposite result form that desired (ie, MORE violent crime). Yet, the agenda is still pushed. This is not a case of denial. YOu cannot deny such stark evidence. THis is a case of control. The political elite wants you in their grip. THey don't want you to be able to defend yourself...

Or drive yourself to work...

Or even have a job (because they can take care of you!)...

I believe fully that denial is the manner by which these folks get their support. However, don't kid yourself for a second that the folks running the show are in denial about ANY of this ONE IOTA. They know full well what they are up to.

And it all boils down to power and control.