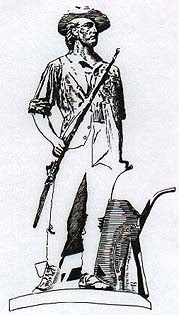 
From a recent news item published in the St. Cloud MN Times we learn of an interesting incident occurring in that wonderful world of government "education" and how that system resolves problems associated with the effects of "multiculturalism".

A native graduate student who requires the assistance of a service canine due to seizures resulting from a childhood injury was enrolled in a program of teacher training. Some of his fellow foreign students who are adherents of the "peaceful religion" of Islam proceeded to torment the "unclean" dog threatening to kill it. Fearing for the safety of his dog, the student was forced to withdraw from the teacher training program.

The reaction of the administrative apparatchiks to this outrageous turn of events is in many respects typical of the government "educational" establishment. The spokespersons for the concerned school district have characterized the situation as a "miscommunication". The investigation revealed that the threats were not made "directly". The administration spokesperson stated: "...it is important to respect different cultures and the rights of disabled students." Does that mean that we are forced to respect the violence and threats of violence against members of our culture while no such requirement is placed on militant Islamists? Contemplate the answer to this question in light of a New York court considering the gagging of any reference to the Second Amendment to the Constitution in front of a jury hearing a firearms law case.

We are forced to assume that the threatening student(s?) continue to be enrolled in the program and that only members of the host (American) culture can be guilty of such crimes as threats, intimidation and "hate speech".
at 5:14 PM

I can't believe that you are shocked by the St. Cloud Times article, or by any other report of the effects of multiculturalism in our schools. Dinesh D'Souza has been writing about it since the 90s. Read his books and his blog: http://news.aol.com/newsbloggers/bloggers/dinesh-dsouza/

Just another example of multiculturalists respecting every culture except the one that allows them to live and breath.

Excellent point. If many of the cultures that they so fervently protect ever came into power in the place that these multi-culti folks lived, why, the multi-culties would be the first against the wall. Are they failing to see that out of ignorance, or is there some other agenda out there that I am missing? Is it denial?

So, we all know the problem. What are you proposing as the solution?