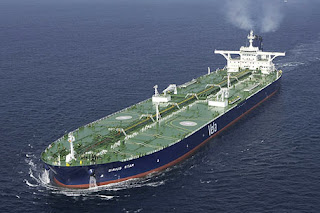 During the 23 years this humble scribbler lived aboard and cruised his 34' sailboat LEONIDAS from San Francisco to Trinidad, he lost count of the instances various "authorities" boarded and searched his vessel for "contraband". Generally the contraband sought was drugs but often the authorities were searching for firearms. As a US flagged vessel, firearms are allowed on board but they must be surrendered for "safekeeping" when entering most foreign ports. This can become a hassle as occasionally the Port Captain will "misplace" the weapons and thus several hundreds of dollars worth are "lost" (no compensation was ever offered that we are aware of). We know of several cruising families that simply cleverly concealed their defensive armament on board in discrete hiding places and falsely declared that no weapons were in their possession. That is usually all well and good as third world corrupt officials are often less than competent in the art of searching.

That scenario had an unfortunate outcome in one instance we know of in the far out islands of the Bahamas and Turks and Caicos. It seems that some of the marine police were moonlighting as pirates and upon accosting a couple aboard their 36' sailboat anchored in a remote cove near Great Inagua island they demanded the ship's valuables at gunpoint. The skipper asked his wife to retrieve the cash (wink wink) from below decks. Instead, she shortly emerged and handed the skipper his .45 caliber pistol. The ensuing gunfight left 2 off duty marine police/pirates dead. The couple who knew what "justice" they would be accorded by the local gendarmery simply weighed anchor and departed for The Virgin Islands leaving the two pirates with emptied service revolvers adrift in their fishing skiff.

In many third world countries tourists and cruising sailors are routinely mugged and robbed while their means of self defense are securely in the custody of the local port captain. Such are the risks of world travel aboard one's own vessel.

These days we learn of other instances of piracy where the stakes are considerably higher. For example:

The piracy case in Somalia is a perfect example of victim disarmament at sea. Most merchant ships are forbidden by their countries' laws from having weapons on board (a ban which is enforced by rigorous inspections), which leaves a 20.000tn ship worth hundreds of million of dollars vulnerable to a pirate dinghy with a crew of five armed with AKs and RPGs worth a few hundred bucks. So do we allow owners to spend a few thousand dollars on weapons and private security on board? God forbid! No, much better to send a carrier group, or just nuke the high seas.

At present the war navies of India, Russia, Britain, the US, Malasya [sic] and a NATO taskforce are in the Gulf of Aden playing cat-and-mouse with a few Somali pirates. An EU fleet is on its way.

This seems to be the way our world is moving. Meanwhile, the US will continue to fund the United Nations efforts to disarm the victims.