The REAL Threat to Western Society: Attack of the Field Mouse 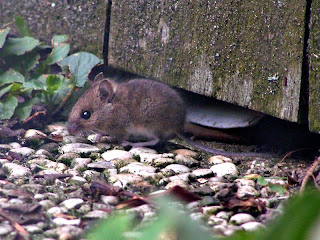 In an interview dated 1 December 2008 in the German publication Frankfurter Allgemeine, the erstwhile Swedish "Weapons inspector" for the UN, Hans Blix stated the following as translated by TransAtlantic Intelligencer:

Q. Many Arab countries want to obtain atomic energy. Are you worried about this?

A. Everything involves risks, including atomic energy. But in the long run I'm more worried about global warming than about weapons of mass destruction.

The Frankfurter Allgemeine interviewer appeared to mistakenly include Iran in the category of "Arab" country.

As many Arab and Muslim majority countries are committed to the violent (if necessary) destruction of Israel as well as the US, this response by Mr. Blix is an interesting (but not surprising) position to be extolled by a European UN bureaucrat. The EU, having committed itself to the exponential accretion of power to its unelected bureaucracy by signing on to the warmista agenda (which thankfully is being increasingly questioned by the scientific community) this comes as no surprise.

This writer would posit that there is developing an even greater threat to our culture than "global warming" and that is the "Attack of the Field Mouse". We could probably get the politicians and politicised scientists to accept this threat if they can be convinced a governmental program to address it will increase their emoluments and perquisites.

In a previous posting I misquoted (since corrected) Mr. George Monbiot attributing to him a statement in his book "Heat" a remark which was in fact written by a blogger. For that reason I link to a posting on Mr. Monbiot's blog concerning the total "decarbonization" of the global economy. I will leave it to you dear reader to evaluate the charicterization of Mr Monbiot as "moonbat".
at 9:46 PM