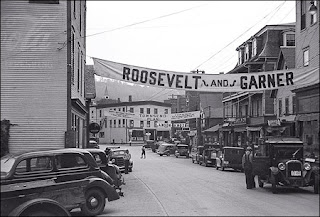 Just when one believes he has "heard it all", along come our rulers in Oz on the Potomac to surpass any of the nonsense portrayed by Lewis Carroll in "Alice's Adventures in Wonderland". It would all be hilarious were the cretins not dead serious. For example, there are two schemes seriously being considered as palliatives to avoid not only the self destruction of the US automotive industry and the economy but planetary devastation due to global warming:

"Several ideas are on the table, but two of them are really making the [auto] industry pay attention. One plan is to make new car costs tax deductible. The other is to give rebates to Americans with old cars so they can better afford to buy new ones, a program otherwise known as "cash for clunkers."

You can't make this stuff up.

In other words: "Are You in Debt, Hurt by the Economy, or Have You Lost Your Job? Good, Then Buy a New Car and Crush Your Old One." We would be justified in dismissing such idiotic nonsense for what it is, except for similar hare brained schemes having been credited with ending the depression of 1930 1941:

"During the Great Depression of the 1930s, agricultural price support programs led to vast amounts of food being deliberately destroyed at a time when malnutrition was a serious problem in the United States and hunger marches were taking place in cities across the country. For example, the federal government bought 6 million hogs in 1933 alone and destroyed them. Huge amounts of farm produce were plowed under, in order to keep it off the market and maintain prices at the officially fixed level, and vast amounts of milk were poured down the sewers for the same reason. Meanwhile, many American children were suffering from diseases caused by malnutrition."
Thomas Sowell, Basic Economics (3rd Edition, Basic Books, 2007), p. 56.

Ideas proposed by politicians whose primary interest is short term "fixes" designed to win reelection, do not even compare favorably with the classic economic plan that in order to generate prosperity we must all take in our neighbor's laundry. We are however, likely to be victimized by such outrages until the effects on the citizenry of "free and compulsory" public indoctrination education are eliminated. Meanwhile, ΛΕΟΝΙΔΑΣ for one, will not be holding his breath.