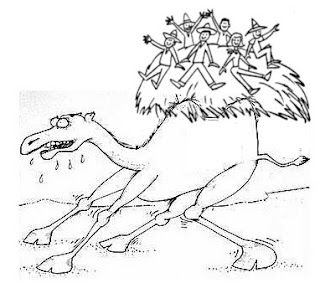 For each of the last six years a bill has been introduced in the U.S. House of Representatives by Congressman John Linder (R-Georgia) which would eliminate the Federal income tax and replace it with a sales-like tax on all commercial transactions in the US. The bill (HR 25) which currently has 55 co-sponsors has been referred to the House Committee on Ways and Means.

A book touting the bill has been co-authored by Congressman Linder and Neal Boortz, a libertarian talk radio host based in Atlanta. In the interest of full disclosure: your humble blogster has not read the book but believes he has a decent understanding of the legislative intent of the author.

The bill as introduced would abolish the current income tax, capital gains and estate taxes, eliminate the IRS and tax the sale of all goods and services at the rate of 23%. The proponents of the idea allege that the Fair tax is revenue neutral and would fund "current government expenditures at their present level". Provisions are included in the bill to re-emburse households for "basic living expenses".

The good news thus far? The present Byzantine tax code disappears as well as the gestapo-like Internal Revenue service. Also down the tubes is the ability of politicians to utilize the tax code for social engineering and to buy votes from various and sundry special interest groups. Labor and savings are not taxed and only consumption falls under the purview of the avaricious government. What's not to like?

Here are just a few of the possible down sides. Enactment of the legislation as written implies radical changes to, or outright repeal of the 16th Amendment. This requires the usual super majorities in Congress as well as ratification by the legislatures of three quarters of the states. No mean task in view of the politicians' addiction to the wielding of the taxing power at both the federal and state levels. The creation of fiat (paper and electronic) money by the politically manipulated Federal Reserve Bank as well as ongoing budgetary deficits will continue to exert inflationary pressures resulting in the temptation of Congress to raise the initial 23% rate higher.

The greatest danger your humble blogster sees in the movement of this legislation through the enactment process is the power of both houses of the Federal legislature to attach amendments. Heretofore the proposal has garnered little support from members of Congress from either party for obvious reasons. That situation is likely to change very soon for the following reason.

If the provision for repeal of the 16th Amendment is stripped from the bill the distinct possibility exists that the final version could be the enactment of the so called "Fair Tax" in addition to retention of the income tax. This euro-like monstrosity would be the "wet dream" of our current crop of collectivist politicians. We would for all intents and purposes be saddled with the European system of a progressive income tax in addition to an extremely regressive value added tax.

As Ms Duckwell says: "Be afraid. Be very afraid."