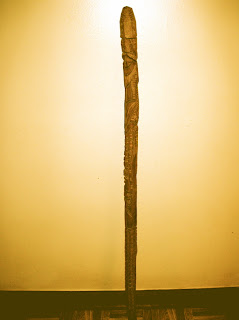 
The ongoing graphic and poignant images broadcast in the media of the devastation wreaked  by the earthquake in Haiti fail to convey the depth of the tragedy.

The island of Hispaniola is shared by two nations: The Dominican Republic and Haiti, both of which are poor by North American standards. In the course of several voyages in his smallish sailing vessel between South Florida and the Eastern Caribbean this writer has made calls at various ports and anchorages along the coasts of both nations. The process of clearing in and out of ports necessarily involves contact with various bureaucracies including port authorities, customs officials and immigration officers. After engaging in the process several dozen times one gets a sense of the frequent bureaucratic pettiness which affects virtually all governments.

On one of these voyages Northwest from the Virgin Islands to Ft. Lauderdale I suffered a re-injury to my lower back while provisioning in Puerto Rico. The pain was aggravated by piloting and shortening sail while navigating the Mona Passage. Upon reaching port in the Dominican Republic your fearless author was unable to make the rounds of the various offices in order to clear into the country and delegated the task to his first officer/cook. This situation persisted during the voyage along the north coast and at the Haitian port of entry, Cap Haitiene.

I was flat on my back in the shade of the cockpit awning at the dock when the blackest and most wizened peddler I had ever encountered hailed me attempting to hawk a hand carved mahogany walking stick for US $25.00. He had obviously bribed the port captain in order to obtain permission to enter the dock area and refused to take no for an answer. I explained that I had no need for such an item and could barely rise from my supine position. My continued refusal resulted in a steady reduction in his asking price until ultimately I made the purchase for one US dollar in order to obtain surcease from his insistence.

It was not until later that I examined the walking stick (pictured above) and found it to be meticulously and ornately carved. The old man (or someone) had obviously spent hours carving the decorations on it. Additionally, as virtually all of the trees in Haiti have been cut down to be converted to charcoal for cooking, where had he obtained the stick? The implications of the depth of poverty this anecdote illustrates finally dawned on me with a deep sadness.

On a previous visit to the interior of Haiti I saw people occupying (as in living in) corrugated tin huts with thatched roofs. Some of the huts were situated on flat ground and recent rains had resulted in all of the rooms being ankle deep in filthy water in which was floating garbage and raw sewage. As bad as the photos of earthquake devastation in Port Au Prince are, one must realize that they depict the most affluent area of the nation. Until my Haitian visits I had found communist Nicaragua to be the poorest of societies.

As an aside, we note that Israel has sent rescue aid to the disaster area of Haiti. Can the worker's paradises of Cuba and Venezuela spare aid as well?

The poverty of virtually all nations is generally proportional to the degree of government corruption.