Don't Cry For Me Venezuela 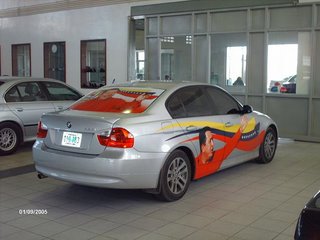 On the way to the barber shop today I heard for the very first time an ad for Citgo petroleum. This tells me that the informal boycott of the wholly owned subsidiary of the Venezuelan State oil company Petróleos de Venezuela S.A. (PDVSA) is beginning to impact the bottom line of the Venezuelan President Hugo Chavez' socialist enterprise.

Sr. Chavez is locked in a very close reelection race with his opponent, Manuel Rosales. In the run up to the election which will occur on 03 December there have been 2.2 million new voters added to the rolls since January of this year. Additionally the voting rolls contain 39,000 voters who are over 100 years old and continue to vote for Chavez. The oldest registered voter, Sra Josefa Molina Lantz was born on 30 April 1831.

Chavez who styles himself as the heir to Fidel Castro as the hemisphere's yanqui basher has been shipping crude oil to the Communist controlled island for some time now to the tune of nearly 100,000 barrels per day. Castro has only been paying PDVSA for about half of the shipments. This is a very advantageous deal for Castro as the current market price for Venezuelan crude oil is close to US $49.00/ barrel. In effect Castro is paying what amounts to under US $25.00/barrel. This giveaway to Chavez' foreign political allies has become an election issue.
Since instituting his "Revolución Bolivarano Sr Chavez has fired all employees of PDVSA suspected of political opposition. The lists of persons to fire were easily obtained from those who signed a petition to recall el supremo in 2004. On the other hand Chavez rewarded his allies by using them as replacements for the fired oil workers and managers.

No wonder that these new millionaires are able to import new luxury cars (duty free) into the country and in some cases decorate them with images of the Supreme Leader.

Considering the huge crowds of Rosales supporters turning out for his rallies and marches, the theft of this election by Chavez could have bloody repercussions.