Half Century of "Progress" 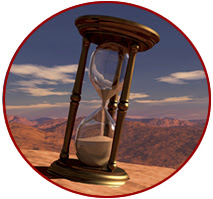 The following is a synopsis of the "progress" our society has made over the past 50 years. It was posted on Gates of Vienna by Baron Bodissey who attempted to determine its origin unsuccessfully. The interesting part is that it is TRUE.

See what fifty years will do:

1956 Vice Principal comes over, takes a look at Jack’s rifle, goes to his car and gets his to show Jack.

2006 School goes into lockdown, FBI called, Jack hauled off to jail and never sees his truck or gun again. Counselors called in for traumatized students and teachers.

Scenario: Johnny and Mark get into a fist fight after school.

1956 Crowd gathers. Mark wins. Johnny and Mark shake hands and end up best friends. Nobody goes to jail, nobody arrested, nobody expelled.

2006 Police called, SWAT team arrives, arrests Johnny and Mark. Charge them with assault, both expelled even though Johnny started it.

Scenario: Jason won’t be still in class, disrupts other students.

1956 Jason sent to office and given a good paddling by Principal. Sits still in class.

2006 Jason given huge doses of Ritalin. Becomes a zombie. School gets extra money from state because Jason has a disability.

Scenario: Billy breaks a window in his father’s car and his Dad gives him a whipping.

1956 Billy is more careful next time, grows up normal, goes to college, and becomes a successful businessman.

2006 Billy’s Dad is arrested for child abuse. Billy removed to foster care and joins a gang. Billy’s sister is told by state psychologist that she remembers being abused herself and their Dad goes to prison. Billy’s mom has affair with psychologist.

Scenario: Mark gets a headache and takes some headache medicine to school.

1956 Mark shares headache medicine with Principal out on the smoking dock.

2006 Pedro’s cause is taken up by state Democratic party. Newspaper articles appear nationally explaining that teaching English as a requirement for graduation is racist. ACLU files class action lawsuit against state school system and Pedro’s English teacher. English banned from core curriculum. Pedro given diploma anyway but ends up mowing lawns for a living because he can’t speak English.

Scenario: Johnny takes apart leftover firecrackers from the 4th of July, puts them in a model airplane paint bottle, blows up a red ant bed.

Think about it. Your humble blogger ΛΕΟΝΙΔΑΣ has lived to witness the process.
at 8:27 PM

I lived to witness the process, too.
And what have we gained? More safety? A more civil society?
Nope. Just more bloody interfering bureaucrats and a profound loss of freedom.

(love the title of your blog, btw. Right on!)

A lot more truth there than most folks will care to admit too...