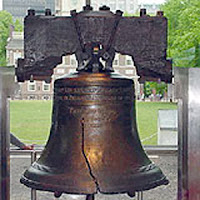 For many of us Americans who see individual liberty slipping away on a global scale most depressing is the news and comment coming from our so called co-culturists in Europe. They appear to be willing nay, eager, to go quietly into the dark night of tyranny and oppression as engendered in Islam and its enabler, leftist collectivism. The mainstream media, acting as the voice of the political elite, incessantly bombards us with the need to surrender more and more of our liberties to that elite in order to address the ephemeral crisis de jour be it islamaphobia, racism, fascism or global warming.

Thanks to the alternative media we are able to learn of the existence of European opposing voices. One such voice is a Swedish author, journalist and blogger whose opinions are excluded from the traditional outlets. His name is Kurt Lundgren and he posts in Swedish on his blog Östra Ölands fria horisont. The following is a translation of his posting on 15 December

The Theory of Climate Change is the Road to Slavery:

Thanks to the United States, Europe was saved from communism even though many did their best to assist in a Soviet take over. [Olof] Palme's proposed nuclear-free zone in Europe for example, was tantamount to a policy of nuclear weapons for the communists, but no nuclear weapons for democracies.

The USA can again save the free world. How? By rejecting the worst of the climate-nuts and not submitting to the proposed climate treaties.
The anthropogenic global warming idea is by far the most dangerous theory ever put forward. Not even Lenin's sharp mind, before he was completely demented, could have conceived a idea which would give politicians more power over the masses. Lenin's theory of conquering the commanding heights of society has by way of the AGW theory reached a refinement and status which is obvious to all except the intellectually obtuse.

The AGC theory gives the politicians reasons and the rationale for taxation we have never witnessed. The theory gives them control of all facets of our lives; how we are to be born; what we may eat; if we are fat or slim. It penetrates into our bedrooms and decides how we are to be processed after death. Being cremated can increase global warming. Perhaps we will need to be freeze-dried and buried standing up.

This is the ultimate and maximum political theory- -- it gives politicians complete power over the whole of society. Governments cannot tax sunspots or cosmic rays or other natural phenomena, but there is now a rationale for taxing everything using environmentalist positions as the reason, even human activity to sustain life.

The political theory of anthropogenic global warming is the road leading to humanity's greatest enslavement; it also rejects man's creativity and reduces him to helplessness without political influence. This means less freedom, increased taxes and slavery under a political power whose extent we have never witnessed.
Computers, satellites, surveillance-cameras are all available to the potential tyrant, we can not escape.
I hope that the USA and China will cooperate to reject all of the proposed agreements made in Bali. This will hopefully save humanity from a terrible oppression by a political elite.

Consider a socialist government in Sweden under Mona Sahlin [leader of the Social Democratic (socialist) Party of Sweden] armed with the climate-theory's possibilities for political power. Such a government would leave no sector of life free from control or political intervention."

Additionally, there are other voices both of individuals and the very few political parties in Europe who are protesting the onslaught of totalitarianism. They need the moral support of those of us in the U.S. willing to speak out on behalf of individual liberty.