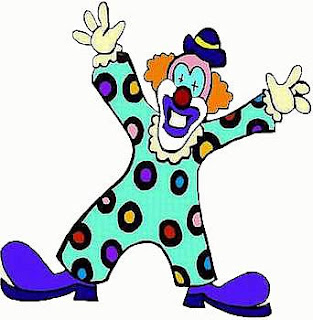 Anecdotes illustrating and mocking the illogic and amusing aspects of collectivist i.e "progressive" societies actions are legion and sometimes amusing in a tragicomic sense. Long time readers of this blog may recall the true incident which occurred during your humble scribblers visit to the workers paradise of the Caribbean (Cuba) aboard his sailboat home of 23 years.

A shop at the marina near Havana selling items such as imported beer and canned goods to foreigners for hard currency had some lettuce which they refused to sell us saying that the scale to weigh it was broken. I estimated that the weight was 1 kilo and offered to buy it for the price of 2 kilos and this was refused. We returned on each of the next 2 days to buy the lettuce which was beginning to wilt. On the 3rd day with the scale still not repaired I asked to negotiate with the manager. Two phone calls were made to Havana and the merchant finally got permission to sell the head of lettuce for the 2 kilo price.

The humor engendered by the illogic and frustrating aspects of collectivist societies is also revealed in a recent book entitled: Hammer & Tickle: A History of Communism Told Through Communist Jokes by Ben Lewis reviewed recently in the British newspaper The Telegraph

No better example of the experiment in "progressive" government exists than in the late great USSR:
A story goes of a man who proceeds to buy a car in Moscow, pays for it, and is told by the salesman that he can collect it on a particular date in 10 years' time. The buyer thinks for a moment and then asks: 'Morning or afternoon?' The salesman, astonished by the question, asks: 'What difference does it make?' And the buyer answers: 'Well, the plumber is coming in the morning.'

Also there is the story of the sheep who try to leave an [East bloc] country, explaining to the border guards that they want to get out because the political police have received orders to arrest all elephants. 'But you're not elephants.'
The lead sheep replies:'Try telling that to the political police."

A joke reminiscent of Kruschev's assurance that collectivism would "bury" the West avers: "Capitalism stands on the brink of the abyss. It will soon be overtaken by communism".

The following statement from Mr. Lewis' work congers up the current "Inconvenient Truth" of the warmista scam occupying center stage these days: "Is it true that Marxism-Leninism [human caused global warming] is scientific?' 'No, surely not. If it were, it would have been tested on animals first.'
at 9:34 PM