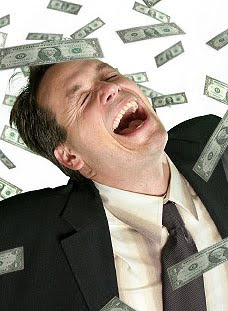 In the words of "Deep Throat" during the Watergate scandal of the early 1970s, in order to determine the depth and breadth of corruption and locate its sources one is well advised to "follow the money". It is not always the case that the ultimate motives of the real corruptors are pecuniary but lucre is the most convenient tool for achieving the true objective which is power.

The revelations of the recent "climategate" scandal teach us that virtually any human endeavor dependent on the species homo sapiens can be directed toward the achievement of power by the prudent application of cash. Evidence of the practice of the government commissioning scientific studies with a pre determined outcome surfaced in the fallout from a 1992 report by Dr. Edward C. Krug.

Krug had been been commissioned as part of the National Acid Rain Precipitation Assessment Project (NAPAP) to determine the causes of acidic lakes and watercourses in the Northeastern US. The findings did not support the assertions of the environmental movement and (redundancy alert) the EPA, assigning the cause of these conditions to pollution by power generation facilities' use of high sulfur fuel. Instead, the real cause of these conditions was found to be runoff from acidic soil in the applicable watersheds.


During the late 1980s, acid rain was a hot topic. Environmentalists said that it was an ecological catastrophe. George Bush made an acid-rain policy an important part of his "kinder, gentler agenda". Together, the president and environmentalists helped push through Congress the Clean Air Act of 1990, the most sweeping regulatory law in history. Some important people had their reputations staked on this legislation, and they didn't need Ed Krug telling taxpayers acid rain is no big deal.


As a result, Dr. Krug ceased to be able to find employment in his field.

The recently published "purloined" emails reveal the continued machinations of scientists corrupted by the application of copious amounts of government directed taxpayer cash toward the end of massive accretions of political power. The long term effects of this massive program by political players assisted by the mass media have resulted in the emergence of what amounts to a religious movement which this writer choses to designate "the warmistas". To summarize the resources directed toward the goal of total political control of the planet's economic engine:


• The US government has provided over $79 billion since 1989 on policies related to climate change, including science and technology research, foreign aid, and tax breaks.
• Despite the billions: “audits” of the science are left to unpaid volunteers. A dedicated but largely uncoordinated grassroots movement of scientists has sprung up around the globe to test the integrity of the theory and compete with a well funded highly organized climate monopoly. They have exposed major errors.
• Carbon trading worldwide reached $126 billion in 2008. Banks are calling for more carbon-trading. And experts are predicting the carbon market will reach $2 – $10 trillion making carbon the largest single commodity traded.
• Meanwhile in a distracting sideshow, Exxon-Mobil Corp is repeatedly attacked for paying a grand total of $23 million to skeptics—less than a thousandth of what the US government has put in, and less than one five-thousandth of the value of carbon trading in just the single year of 2008.
• The large expenditure in search of a connection between carbon and climate creates enormous momentum and a powerful set of vested interests. By pouring so much money into one theory, have we inadvertently created a self-fulfilling prophesy instead of an unbiased investigation?


To ask the question, is to answer it and the above figures of course do not include the funding of other Western governments.

Today the Obama Administration's EPA Director Lisa Jackson announced the administration's final determination that greenhouse gases are a hazard to human health – a widely expected move whose less-than-expected timing came on the first day of climate talks in Copenhagen, Denmark. This is an end run around the legislative function of the Congress. The politicos have chosen to direct their warmista jihad against carbon dioxide for strategic reasons of taxing/regulation. What will happen when these tyrants decide to address the real greenhouse gas H2O? Stay tuned.
at 10:05 PM