Meanwhile, in the Fwench Republic™ 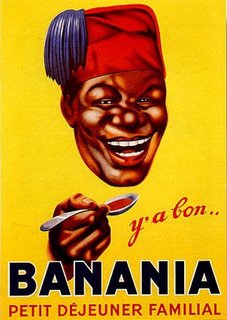 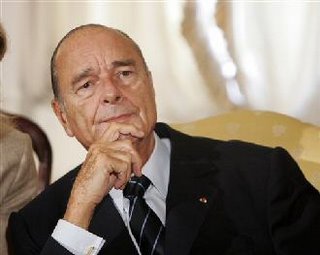 This boob is fond of lecturing us barbaric Americans on the finer points of "human rights" while Le Nouvel Observateur reports the following (excuse the cleaned up computer translation):

Two young people had to appear in [court] on Monday, October 9th in Mulhouse [in the province of Alsace, France for "contempt of court" having written: " [Put] Chirac in the zoo, free [the] animals ".
Loïc, [a part time worker] in the entertainment[?] industry, and Christelle, [a] student, had wr[itten] slogans on banners [o]n a nearby street [in the] (square) where Jacques Chirac came to [cut the ribbon at a new] streetcar [service in] the Alsatian town. The president of the Republic is indeed the first magistrate of France.
Their banners were also hostile to the [labor] Contract [ ] disputed by [muslim youth protesters] in France. [Advised] by a passer-by, seven agents in [plain clothes] arrested them[ ]. The banners, [including] those concerning Jacques Chirac, [did not have permission to be] (displayed).

The[ir] lawyer intends to plead [before] the court dealing with criminal matters the defence of fundamental liberties, (his) [clients are] being [prosecuted] for the exercise of "free" speech] against the president [due to anti-CPE [political hysteria].

If [there is a] conviction, their lawyer says smiling that he could "ask for a presidential pardon".

"French law defines the President as head judge of the country™ (banana republic?) or something, thereby neatly rendering all mockery of the President and his office the same thing as contempt of the highest court in the land. Not a bad racket." Expect the progressives™ to implement such a practice when they come to power here.
hat tip: No Pasaran
at 2:26 PM