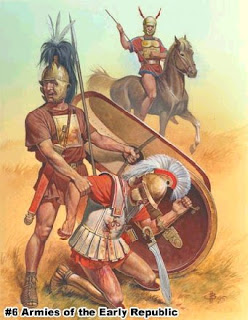 It is the position of ΛΕΟΝΙΔΑΣ that the West finds itself in a situation similar to that which obtained on the Italian peninsula in the mid 4th century AD to wit: The capital is occupied (nay obsessed) with the palace political intrigues by those whose sole objective is the exercise of power. The population continues to wallow in its decadent and comfortable lifestyle and the defense of the realm is delegated to "allies" including some of the barbarian tribes which have been infiltrating the frontiers of the provinces. In the present instance the greatest danger is the rot caused by the ascendance of the Marxist anti liberal dogmas infecting the powerful media and academic sectors of our culture and forming an alliance with a fanatical group of jihadists .

Following Tet [offensive] of 1968, the North Vietnamese, militarily defeated by their own admission, were ready to sue for peace. So, why didn’t they? [Answer: Jane Fonda, John Kerrey et al]

They saw the protesters in our streets preaching about American imperialism and war atrocities. Never brought up were the plentiful atrocities committed by the other side, not that it would ever justify any of our own, that would put a face on the enemy. Instead, the enemy was painted as a peasant victim of an American war of aggression. The news media in those days was as biased as it is today.

The difference is that today we have many people to point out the bias. Trusted newsmen of the major networks (there was no cable or satellite television, no Internet blogs and AM radio played the Rolling Stones) never let facts like the military defeat of the North in Tet of 1968 get in the way of reporting their personal beliefs. Probably the most trusted name in news at the time, Walter Cronkite, told America that following Tet, America was defeated in Vietnam. America trusted what Uncle Wally told them. Did you ever wonder how many names were added to the Vietnam Memorial Wall after the North Vietnamese military defeat in 1968? I wonder if Walter knows.
With our troops all but gone and promised logistical and combat air support not forthcoming, the South Vietnamese Army’s combat capability deteriorated to the point that it couldn’t defend itself against a Soviet and Chinese backed North Vietnam. Uncle Ho and Uncle Wally became forever allies in the war against American aggression.
Welcome to 1968, 39 years later. I wonder if the Islamists care that it’s the year of the pig. In Iraq, we are training an Army to defend its country. At some point, we’ll equip that Army and then we’ll begin to leave along with our promises to continue support. We’re seeing an Islamist Tet now. They’re trying to kill as many innocent people as possible. Not to discourage the Iraqis, but to discourage the Americans at home whom they expect will be true to their current history of abandoning fights, and forsaking allies.

ΛΕΟΝΙΔΑΣ believes that the situation will not improve with regard to the likely survival of western civilization until it deteriorates further.