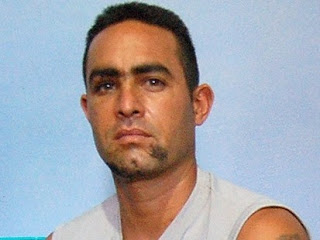 Carlos Camejo, a Venezuelan man who had been declared dead but woke up in the morgue in excruciating pain after medical examiners began their autopsy, poses for the camera in La Victoria September 17, 2007. Camejo, 33, was declared dead after a highway accident and taken to the morgue, where examiners began an autopsy only to realize something was amiss when he started bleeding. They quickly sought to stitch up the incision on his face.