The Bluff that Killed 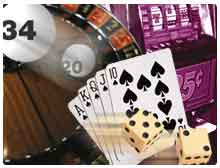 In recent exchanges with not only some of my leftist friends but a European blogger, I have challenged the assertion that "Bush Lied" in order to generate support for the military action required to remove the Saddam regime in Iraq in 2003. The fact that virtually all western intelligence agencies were of the opinion that Saddam possessed so called WMDs has been completely ignored or dismissed conveniently by political opponents of the Bush administration. This is evident in the Goebbelesque strategy they have adopted and will in all likelihood continue to pursue. It is now publicly revealed by Arab News, the Middle East's English language daily that Saddam was in fact engaged in what turned out to be for him a suicidal bluff.

Saddam Hussein allowed the world to believe he had weapons of mass destruction to deter rival Iran and did not think the United States would stage a major invasion,...He thought the United States would retaliate with the same type of attack as [Clinton] did in 1998 ... a four-day aerial attack...Saddam publicly denied having unconventional weapons before the US invasion, but prevented UN inspectors from working in the country from 1998 until 2002 and when they finally returned in November 2002, they often complained that Iraq wasn’t fully cooperating....Saddam also said that he wanted to keep up the illusion that he had the [WMD] program in part because he thought it would deter a likely Iranian invasion...Saddam had the intention of restarting an Iraqi weapons program at the time, and had engineers available for chemical, biological and nuclear weapons.

This information has been revealed by the FBI investigator who interrogated Saddam after his capture in December 2003 and is due to be the subject of a segment of CBS's "60 Minutes" on Jan 27, 2008. It will be interesting to observe how the sufferers of BDS attempt to spin/ignore this tidbit of news.
at 9:58 PM