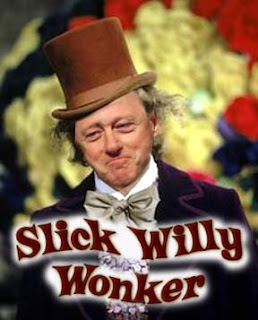 Recently while stumping for his "wife's" current run for the white house Bill Clinton accidentally let the cat out of the bag with regard to the ongoing warmista program to increase government regulation of our lives and wallets. The warmista program is not really about "saving the planet", but increasing the political power of the collectivists. The present Democratic strategy of encouraging an economic recession in order to score political points for the upcoming elections has run afoul of the warmista strategy of pursuing the same objective.

The Democrats have been doing their best (with the help of the Republicans) to assure that an economic downturn occurs in time for them to use it as an issue to win back the White House and increase their majorities in both Houses of the Congress come next November. The game was given away when the spokesman for the leading contender for the Democratic nomination for President made the following statement on 30 January:

"We just have to slow down our economy and cut back our greenhouse gas emissions 'cause we have to save the planet for our grandchildren."

At a time that the nation is worried about a recession is that really the characterization his wife would want him making? "Slow down our economy"?

Mr. Clinton goes on to assert that his wife, if elected will solve this dilemma by establishing a new "energy Trust Fund". When either one of the Clintons begin using the words "trust fund" or "investment" hold on to your wallet. Just be assured that your suffering will not be in vain as it will be "for the children".
at 10:07 PM