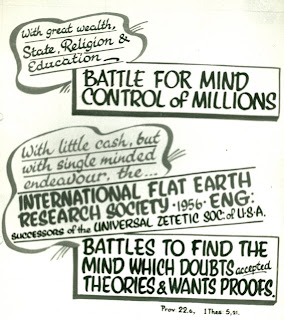 These days one cannot even view the daily weather broadcast on the tube without being subjected to the ASSUMPTIONS of the warmista religion. Every unusual weather event especially anything related to an elevated temperature anywhere is cited as further evidence that mankind is to blame for destroying the planet and we must submit to draconian controls as well as the additional confiscation of our wealth in order to avert catastrophic changes to the climate. The substantial evidence to the contrary is invariably ignored and unreported.

Recently the number of scientists having a skeptical view of this doom and gloom scenario has emerged and in fact been revealed to exceed that of scientists who are said to consist of a "consensus" of the warmista persuasion. Nevertheless, the information presented to us by the MSM continues on the assumption that it has been settled that mankind is responsible for the eminent and catastrophic collapse of the Earth's ability to support life as we know it. The political nature of this campaign was in part revealed by the events recently transpiring in Bali, Indonesia sponsored by the United Nations to gin up support for an international protocol to replace the idiotic Kyoto accord which is set to expire in 2012.

Into this festive setting dropped a small group of scientists and free-market advocates intent on expressing a different point of view regarding the science, economics and policy implications of a new global warming treaty. Arriving from New Zealand, Australia, England, India, and the U.S., these "skeptics" came to present facts and empirical data to anyone who would dare listen. They came with a mission: to make the case for a more reasoned, balanced approach on the climate change issue and challenge the clarion call for a second draconian Kyoto-style treaty based on new revelations in science. But their job, as they soon would discover, would not be easy.

The treatment of this group of dissenters by the UN bureaucracy is a classic case of political suppression of the views of its opposition.

A small room at the [UN] NGO forum was granted to [the dissenters] during the first week to carry out [it]s task, and after disseminating numerous press notices at the on-site media center, some forty members of the press did actually turn out to hear another side of the global warming story. The first event began and was proceeding quite smoothly, in fact perhaps too smoothly, when word got out and reached the ears of certain U.N. administrators that a robust dialogue between skeptics and the media was occurring. That was apparently more than could be stomached. Needless to say, it did not take long before an official from the Secretariat's office promptly stormed into the meeting, broke up discussion, and ordered everyone out of the room.

This attitude on the part of UN bureaucrats was to continue through the entire 2 weeks of the gathering; however the skeptical (heretical) position was to a very limited extent made available for the world press.
With the recent revelation that a substantial number of well credited scientists indeed have a contrary evaluation of the data on climate change it is nothing short of scandalous that the media continue to report on the assumption that a "consensus" exists. On the other hand it is not so surprising considering the advice of "Deep Throat" in the Watergate scandal of the early 1970s: "follow the money".
Qui Bono indeed!
at 9:59 PM