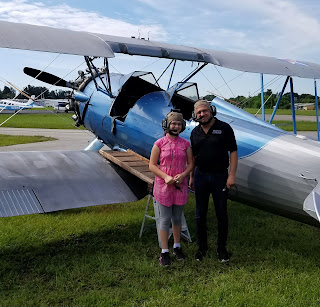 Since nobody in his right mind sympathizes with Nazis (all 137 of them), everyone is cheering at the example being made of various organizations that are losing various online services essential to their survival.

I am not suggesting that we must shed tears for these groups. Only that we be aware that there are people who have longed to shut down far more voices than just these obviously odious ones, and that we might want to keep a close eye as events continue to unfold.

For example, a bunch of right-wing websites, including a 50-year-old Catholic publication I myself wrote for in the old days (but eventually told me I was no longer welcome), recently received a sinister letter from ProPublica, a left-wing site. (Some places shun me for being too right-wing, others for not being right-wing enough; such is my interesting life.)
The letter ran:


I am a reporter at ProPublica, a nonprofit investigative newsroom in New York. I am contacting you to let you know that we are including your website in a list of sites that have been designated as hate or extremist by the American [sic] Defamation League or the Southern Poverty Law Center. We have identified all the tech platforms that are supporting websites on the ADL and SPLC lists.

We would like to ask you a few questions:
1) Do you disagree with the designation of your website as hate or extremist? Why?
2) We identified two tech companies on your website: PayPal, and AdPeeps. Can you confirm that you receive funds from your relationship with those tech companies? How would the loss of those funds affect your operations, and how would you be able to replace them?
3) Have you been shut down by other tech companies for being an alleged hate or extremist web site? Which companies?
4) Many people opposed to sites like yours are currently pressuring tech companies to cease their relationships with them – what is your view of this campaign? Why?
Our deadline is 5pm EST today.
Thank you, Lauren Kirchner


Well, OK, then!
I realize I will now be deluged with reminders that private companies may do business with anyone they wish — a principle all too few people consistently hold, I might add. But this is beside the point: even if we concede the legality of discontinuing vital services to dissident voices, I am still allowed to discuss it as an interesting and disturbing cultural phenomenon that all dissidents would do well to prepare for.
Because if you think the left is going to stop with demonizing only neo-Nazis, you haven’t been paying attention.

To the left’s ideologues, the definition of “Nazi” is compendiously broad.
In any case, for what it’s worth The Remnant responded this way:


Dear Ms. Kirchner:
In reply to your email to The Remnant (see below), be advised as follows:
1. The allegation that The Remnant, a fifty-year old Catholic newspaper, is “a hate group” according to the SPLC, a left-wing propaganda organization known for its reckless accusations against conservative groups, is as laughable as it is malicious. Indeed, the SPLC equates the teachings of the Catholic Church itself with “hate.”
2. Here is The Remnant’s most recent response to this ridiculous accusation. The response was prompted by a local TV news story by a reporter who failed to mention that her supposedly corroborative source, a sociologist at a Catholic university, in fact told her that The Remnant is not a “hate group,” contrary to the SPLC’s libelous claim. The sociologist is quite dismayed by this evidently malicious omission.
3. We hereby advise you that we expect you to preserve all records of communications of any kind, in electronic form or otherwise, between you, your organization, PayPal and AdPeeps. We will consider those records relevant to any interference with The Remnant’s longstanding relationship with those companies, and will view their destruction as spoliation of evidence. We include in this demand any records of telephone contacts, including notes of conversations with representatives of PayPal or AdPeeps.


I am not necessarily endorsing the legal strategy outlined by Ferrara, who unlike me is the expert here, but FYI I include a portion of his subsequent commentary:
This is a blatant attempt to intimidate PayPal and other Web services into ending their contractual relations with the targeted groups­—for no other reason than that they are falsely accused of “hate” or “extremism” by SPLC/ADL. Again, neither Kirchner nor her fellow “investigative journalists” conducted any independent investigation of the “hate group” designations, which they merely collated in spreadsheet form.

An update to the article admits that “In response to ProPublica’s inquiries, PayPal spokesman Justin Higgs said in a statement that the company ‘strives to conscientiously assess activity and review accounts reported to us.’” That is, PayPal states that, after multiple contacts from ProPublica, it is reviewing the websites of the groups ProPublica has “reported” based on a mere rote repackaging of SPLC/ADL’s already well-known defamatory falsehoods.

Should PayPal or other service provider terminate its contractual relations with any of the targeted groups (including The Remnant) based on ProPublica’s sham “investigative journalism,” there might well be a viable cause of action against ProPublica and its “reporters” for tortious interference with contractual relations. While formulations of this sort vary from state to state, the basic elements, as summarized by the Cornell Legal Information Institute, are: (1) that a valid contract existed, (2) that defendant had knowledge of the contract, (3) that defendant acted intentionally and improperly, and (4) that plaintiff was injured by the defendant’s actions.

I would suggest that every victim or potential victim of ProPublica’s witch-hunt, as well as similar operations conducted by other elements of the FNIC and the LTPD, consult legal counsel about possible claims for tortious interference with contractual relations.

What we are witnessing is the beginning of an effort to chill controversial speech, with the threat of withdrawal of essential online services hanging like a sword of Damocles over the respective heads of various right-wing organizations.

Given that the people behind this effort at intimidation are not known for their careful distinctions — i.e., Newt Gingrich = Donald Trump = Pat Buchanan = Ron Paul = Rand Paul = StormFront — there is good reason for concern among dissidents of all kinds. Protesting that you do not hold fascist views will scarcely satisfy the witch hunters — why, aren’t such protests precisely what we would expect from a wily fascist?

For example, Brandon Navom, a Ron Paul delegate from Massachusetts and the head of Software Engineers for Liberty, just lost his job after Antifa tweeted at his employer that this ordinary libertarian with no unusual views to speak of was a “Nazi.”

Meanwhile, certain libertarians believe that the urgent task at the moment is to assure the world that we ourselves are not fascists – as if there could be such a thing as a libertarian National Socialist.

When a great many young Ron Paul supporters switched to Bernie Sanders in 2016, I didn’t blame left-libertarians, or – more foolishly still – head up a petition drive reaffirming libertarian opposition to socialism (with the implication that non-signers must be crypto-socialists). That would have been pointless melodrama – as it is today with the “anti-fascism” pledge we were all supposed to sign.

(I dealt with that pledge on Facebook, and at greater length in this issue of my email newsletter.)

The chilling effect of baseless left-wing accusations of “fascism” and “Nazi” will certainly have the consequence of suppressing discussion of a wide variety of important and/or controversial topics, and rendering many people, particularly libertarians, into harmless debating-society nerds, arguing over whether raising the minimum wage is racist or if the Export-Import Bank should exist. (Although, judging from numerous libertarians I encounter online, I doubt we’d notice the difference.)

It is going to be necessary to build parallel institutions — payment systems, Internet services of various types, media outlets, and more — that lay outside the reach of those who would punish dissident voices.
One of those has to be homeschooling.

I devoted two years of my life to creating hundreds of video and audio files on history, economics, and government, so that school-age children might discover that there is in fact more than one way of understanding the world.

We use it in the Woods household, and I strongly recommend it to you — it’s self-taught and therefore easy on parents, and it’s an education you and I would have killed for:

http://www.RonPaulHomeschool.com
We have to start somewhere. Not having our kids brainwashed seems as good a place as any.