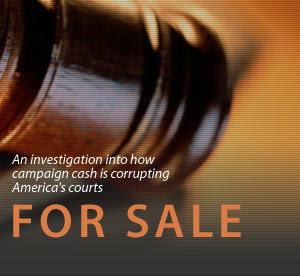 All too often the criminal justice lives up to the aphorism; "the best justice that money can buy". ΛΕΟΝΙΔΑΣ has experienced the truth in this saying to a much lesser extent than the outrageous tale of the three former lacrosse team members of Duke University in North Carolina. Our own experience while costing something in the neighborhood of $10,000.00 pales when compared to the estimated cost of defense to the three families which thus far is exceeding five million dollars.

However, some people might say that because the original prosecutor in the Duke case, Michael B. Nifong, has turned it over to the state attorney general’s office, that this somehow gives a measure of justice to this fiasco. Nothing could be more untrue. While Nifong no longer is directing this pack of lies, all that means is that another prosecutor – James Coman – is the new enabler of the Big Lie. Even if Coman chooses not to take this thing to trial – the only honest choice he faces – he still has his name on a series of false charges.

Moreover, once he inevitably drops the case (as to bring it to trial would be to knowingly suborn perjury and could create some legal and ethical problems for him – although law and ethics are foreign terms to prosecutors), he will say something like, "We don’t have enough evidence to gain a conviction." He will not say, "These charges were a criminal fraud in themselves, and the State of North Carolina apologizes to the defendants, their families, and all who were affected by this hoax." No, the state never engages in hoaxes. Just ask the Little Rascals defendants, whose lives were ruined by the Lies of the State of North Carolina.

The question one asks is this: Why does the State of North Carolina [or California in the case of ΛΕΟΝΙΔΑΣ] continue to impose huge costs on everyone when we [they] know this case is a fraud? The simplest answer is this: They do it because they can do it. Furthermore, they do it because the benefits to those who promote hoaxes far outweigh any costs that generally are imposed upon them.