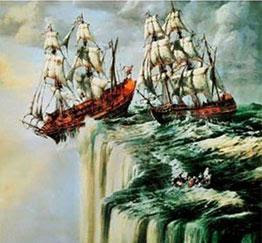 The Commission for the Promotion of Virtue and Prevention of Vice — the group of senior Islamic clergy that reigns supreme on all legal, civil, and governance matters in the kingdom of Saudi Arabia has banned the letter X.

The commission's damning of the letter "X" came in response to a Ministry of Trade query about whether it should grant trademark protection to a Saudi businessman for a new service carrying the English name "Explorer."

"No! Nein! Nyet!" was the commission's categorical answer.

Well, never mind that none of the so-called scholars manning the upper ranks of the religious outfit can speak or read a word of English. But their experts who examined the English word "explorer" were struck by how suspicious that "X" appeared. In a kingdom where Friday preachers routinely refer to Christians as pigs and infidel crusaders, even a twisted cross ranks as an abomination.

So after waiting a year, the Saudi businessman, Amru Mohammad Faisal, got his answer: No. But, like so many other Saudi businessmen who suffer from the travesties of the commission, he seemed more baffled than angry. He wrote letters to Saudi newspapers to criticize the cockamamie logic. An article he wrote appeared with his photograph on some Arabian Web sites. It sarcastically invited the commission to expand its edict to the "plus" sign in mathematics and accounting, in order "to prevent filthy Christian conspiracies from infiltrating our thoughts, our beliefs, and our feelings."

Among the commission's deeds is the famed 1974 fatwa — issued by its blind leader at the time, Sheik Abdul Aziz Ben Baz — which declared that the Earth is flat and immobile.
source:
hat tip powerline
at 12:54 PM