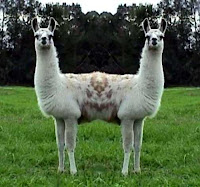 In following the "Global Warming is caused by human activity" debate it becomes clear that in fact no scientific "consensus" exists. What is apparent is that the anthropogenically caused global warming (AGW) camp is better organized. This is probably due to government grants driving the AGW studies in order to promote governmental (coercive) actions to avert the "catastrophe". A recent article here now raises the specter of the opposite occuring to wit: "global cooling"!

Professor Emeritus at the Department of Applied Mathematics and Theoretical Physics at the University of Cambridge, past President of the Royal Astronomical Society, and a scientist as honoured as they come, believes that man-made greenhouse gases have recently had a role in warming the earth, although the extent of that role, he says, cannot yet be known. What is known, however, is that throughout earth's history climate change has been driven by factors other than man: "Variable behaviour of the sun is an obvious explanation," says Dr. Weiss, "and there is increasing evidence that Earth's climate responds to changing patterns of solar magnetic activity."

The sun's most obvious magnetic features are sunspots, formed as magnetic fields rip through the sun's surface. A magnetically active sun boosts the number of sunspots, indicating that vast amounts of energy are being released from deep within.

Typically, sunspots flare up and settle down in cycles of about 11 years. In the last 50 years, we haven't been living in typical times: "If you look back into the sun's past, you find that we live in a period of abnormally high solar activity," Dr. Weiss states.

These hyperactive periods do not last long, "perhaps 50 to 100 years, then you get a crash," says Dr. Weiss. 'It's a boom-bust system, and I would expect a crash soon."

In addition to the 11-year cycle, sunspots almost entirely "crash," or die out, every 200 years or so as solar activity diminishes. When the crash occurs, the Earth can cool dramatically. Dr. Weiss knows because these phenomenon, known as "Grand minima," have recurred over the past 10,000 years, if not longer.

Observations indicate that the south polar residual cap [on Mars] is not permanent. It is disappearing, a little bit more each southern spring and summer season. At the present rate, a layer 3 m thick can be completely eroded away in a few tens of martian years. Since each layer is equivalent to about 1% of the mass of the present atmosphere (which is 95% carbon dioxide), if sufficient carbon dioxide is buried in the south polar cap, the mass of the atmosphere could double in a few hundred to a thousand Mars years. That could lead to profound changes in the environment. For example, it would change how much and where wind erosion would occur, and where and for how long liquid water could survive at or near the surface.

It also means that Mars may have been very different in the recent past (perhaps only a few thousands of years ago). On today's Mars, the ice is eroding, but in the past that material had to have been deposited. The martian climate was probably colder, and there was more carbon dioxide in the atmosphere. For some reason, large amounts of carbon dioxide froze at the south pole---one might say that there was a "Martian Ice Age"---and this freezing occurred on a time scale similar to that of the most recent Ice Age on Earth.

It remains to be seen if proposals to counter these "pushme pullyou" scenarios can arrive at the same solutions i.e. draconian government measures designed to avert "catastrophe. Do the climate change charts reveal the coincidence of man's harnessing fire with global warming? :o)
at 5:22 PM