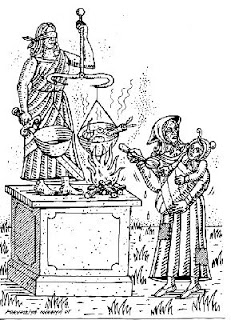 According to the latest development in the Duke university lacrosse players bogus rape case the prosecutor, Mr Nifong, has been granted his request to be relieved of prosecuting the 3 defendants and the state Attorney General's office will assume it. His statement, or rather that of his attorney, that "...he wants to make sure the accuser receives a fair trial." is rather bizarre.
Apparently I have been too long retired from my humble role in the so called "justice" system of investigating cases and presenting the evidence to the District Attorney for use against the accused in court. It is now the case that the defendants are not to receive a fair trial, but the victim. Not only that, but the District Attorneys are represented by legal counsel.
In the "good old days" evidence was presented to the office of the prosecutor and if sufficiently credible, he would proceed to prosecute the accused. If the evidence was lacking in sufficiency or credibility he would decline to proceed with the case.
Things seem to have changed, at least in North Carolina. If the "victim" is a member of a protected group i.e. racial minority, female, gay etc. then the victim must have a "fair" trial and evidence must be fabricated as well as exculpatory evidence for the "suspect" hidden. This is "justice" in century 21 US?
at 11:14 AM