Our Enemy The Media 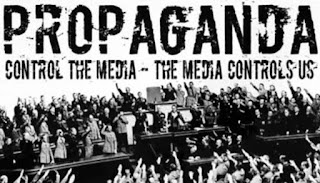 It is important to keep in mind that our media is nothing more than the communication branch of the Democrat Party. When you look at everything the media does — the lying, the campaigns of personal destruction, the fake news, the focus on stuff like Melania’s shoes — this explanation is the only one that makes sense. The media is a full-blown leftwing political operation run, for the most part, by former Democrat operatives like Jake Tapper, George Stephanopolous, and Chuck Todd, as well as those related to Democrat operatives.

Knowing that, and knowing the long history of leftwing regimes (Stalin, Hitler, Mao, Chavez, Castro), we know what a leftwing political operation does when its influence begins to diminish. Because their ideas are so unappealing and are proven failures, the left ultimately has no choice but to embrace violence and censorship. This truth is as old as the Bolshevik Revolution, and this is exactly what we are seeing unfold today in our own country.

Rather than politicians, though, it is our media that has turned dangerously militant.
Rush Limbaugh is absolutely correct, the Democrat party is dead. Chuck Schumer and Nancy Pelosi, the party’s two supposed leaders, are non-entities. From top-to-bottom, the party is a feckless pile of incompetence. Knowing this, the media has told Schumer and Pelosi to hold their beer as they seize the levers of power in the leftwing cause. As a result, the media has used billions of corporate dollars to launch a propaganda campaign to unseat Trump and to keep the divisive issue of identity politics thriving.

Naturally, this rabid pursuit of so-called  “social justice” is meant only to serve what has always been the overriding goal of leftwing tyrants: control of our lives through a centralized government.