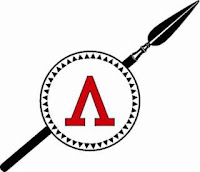 It has for some time, especially since 9/11/01 been puzzling for many to observe the seemingly incongruent affinity for Islamic jihadism by the left/liberal/academic establishment. Although there have been several hypotheses advanced explaining the phenomenon, ΛΕΟΝΙΔΑΣ is intrigued by that presented by Yaacov Ben Moshe which is excerpted here:

Totalitarian systems loath each other but they hate the individual human being, his sense of humor and his free thought much more. That is why the Totalitarian left and Caliphate Islam find common cause with each other. In each of them, it is the system not the people in it or the ideals they hold that are important; the individual is an object of suspicion and disdain. As Hannah Arendt wrote in The Origins of Totalitarianism, “Totalitarianism strives not toward despotic rule over men but toward a system in which men are superfluous,” The devotion to a strict fundamentalist interpretation of the Koran and the seemingly opposed devotion to the total and complete adherence to the intellectualized principals of the western left differ in their content but not in their disregard for reality and the complex nature of humanity.

This is why so many elite campuses are so inhospitable to Jewish and Christian speakers of any but the leftist point of view while they positively swoon in reverence over speakers from Islam who represent terror as an instrument of social control, the subjugation of women and death or conversion for all unbelievers. Even left wing speakers who do not toe the Agélaste Left party line are drowned out and not allowed to speak in today’s academia. Speakers of both the left and right who dare defy the intellectual Taliban of academia and support Israel or speak in support of American values are routinely harassed, drowned out and intimidated socially, academically and even physically. This is a universal characteristic of totalitarians of any stripe, they are more comfortable with other totalitarians, no matter how diametrically opposed their ideas, than they are with those who can see and point out the absurdity of their slavery to empty ideas and pathetic rationalizations.

The rejection of the fact that western civilization is being stalked by a pitiless and increasingly powerful beast is a position that appears to be shared by the western leftist elite as well as the libertarian/pacifists who of all people should know better. ΛΕΟΝΙΔΑΣ can see an eerie historical parallel between todays situation and the political bickering between the various Greek city states in 480BC. The problem even manifested itself in the councils of Sparta as evidenced by the conflict between a majority of the ephorate and the Agiad king, Leonidas. No, your humble host has not (and probably will not) viewed Frank Miller's recent production. Our source is Herodotus and other contemporary writers. Yaacov's essay (the first in a series of 3) is, or should be, required reading for all who would transmit the traditions of liberty to future generations.

Thanks for the link. We need to stand united at the "hot gate"!

The seemingly endless pictures of Hugo Chavez and Ahmadinejad smiling while embracing and shaking hands comes to mind when I read this. Aside from their membership in OPEC (which, itself, might be reason enough) Their hatred for the free thought and free speech of the United States seems to be a catalyst for launching an otherwise strange friendship which might otherwise be theocratically or politically inconvenient.