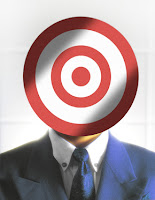 It is unfortunate that during the last few decades the teaching of logic in the government centers of indoctrination (skools) has been discontinued with the substitution of subjects such as recycling and political correctness. One of the results of these policies is the failure of a large segment of the population to be able to connect the dots when tragedies occur such as the recent carnage at Virginia Polytechnic. Most educational institutions are designated as so called "gun free zones" with the result that those qualified and allowed to possess weapons for self defense must divest themselves of the means of such defense while within these zones more properly designated as "free fire zones".

The truth is the polar opposite of what the gun control advocates will conclude. For what we have at Virginia Tech is just one more example of gun control and government protection failing miserably at their advertised goals, and in fact making such a massacre more likely to begin with.
Back in early 2006, a plan in the Virginia legislature to allow for concealed carry on the state’s college campuses failed in subcommittee. A representative of Virginia Tech said that the bill’s defeat would make “parents, students, faculty and visitors feel safe on our campus.”

Such rhetoric rings hollow in the ears of the victims who have survived the recent outrages by evil or deranged members of society after being stripped of the means to prevent or mitigate it.

The mentality of dependence that the leviathan state encourages with its wars, welfare state, gun control and public schools has also made would-be victims feel helpless whenever confronted by an actual threat. Today, Americans generally trust the state to protect them. But this trust is completely misplaced. In 1999, when two students slaughtered a dozen of their schoolmates and a teacher at Columbine, the Swat Team hesitated for a crucial period of time before storming the building – even as a student held a sign in the window declaring that a victim was bleeding to death within. On 9/11, the hijacked victims who heroically fought back stopped one plane from causing much more damage than it did, but on all four planes the passengers and pilots had been disarmed and thus were at a disadvantage against a handful of fanatics with boxcutters.

The governments response: prohibit nail clippers on commercial flights and treat passengers as convicts.
The instances of firearms used by private citizens to thwart would be criminals are legion but seldom reported in the national media. This writer is a retired law enforcement officer and is thus permitted to carry a concealed firearm within any jurisdiction of the U.S. Nevertheless he is prohibited from boarding a commercial flight while armed and cannot even place necessary ammunition in the checked luggage of such flights. The proper response to those who would advocate the further disarming of law abiding citizens is: ΜΟΛΩΝ ΛΑΒΕ! (Come and Take Them!)
at 12:23 PM

They own the media and they own the academia and now they own both Houses of Legislation. That is an unfortunate set of circumstances for the liberties of American Citizens. Well, they can pass all the laws they want but I shall not willingly lay down my arms to be at the mercy of either a criminal or the government! "Cold dead fingers", "Bullets first", "Tried by twelve, not carried by six"...yeah, all the tired old slogans ring true. They want them? They'll have to come and get them. "ΜΟΛΩΝ ΛΑΒΕ!" indeed!