Consensus is Not Science 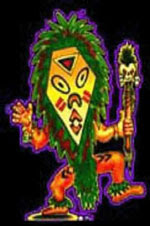 As a former sailor aboard a small sailing vessel for many years ΛΕΟΝΙΔΑΣ has developed a habit of being attuned to the weather and the concomitant changes associated with approaching weather systems. The National Weather service has significantly contributed to public safety and convenience by its use of satellite and radar observations. These observations are fed into computers which generate predictive models which are somewhat reliable for short periods. The further out into the future the predictions cover, the less certain their validity. For example the NWS recently tracked a weather system traversing the U.S. and predicted the arrival of severe weather including rainfall and thunderstorms in northwest Georgia on a specific date 4 days in the future according to the computer models. As the system's progress was monitored the arrival time and rainfall amounts changed 24 times over the 4 days of computer generated predictions and the system in fact arrived a day and a half later than predicted and resulted in 50% less rain than anticipated. The point is that predictions ARE NOT SCIENCE and at best an educated guess. Would you bet the rent money on the next month's weather forecast? This is in fact what the global warmistas insist we do by accepting their predictions of catastrophic near future climate change.

Climate Change alarmists [warmistas] seek to overturn the view that the temperature of the planet earth will remain hospitable to human, animal and plant-life. Curiously, despite all that has been written about "Climate Change", I have yet to learn anything about testable predictions. Are there any on the horizon?

Global Warming theory is only controversial because its proponents insist on the reliability of their long range dire predictions of floods, desertification, etc, which, in turn, necessitate draconian changes in the national and world economies. Somehow, in the ensuing hubbub over the alarmist predictions, climate scientists have forgotten their primary duty to provide convincing experimental data to validate their theory.

It is incumbent on climate scientists to make predictions derived from their theories about phenomena that can be observed over the next few years. Indeed, it is their scientific duty as proponents of the theory to provide the experimental evidence, and not the responsibility of the skeptics to disprove it. Those are the established rules of science.

One can observe that it is difficult to experiment on the world; however similar daunting challenges have been overcome by resourceful and ingenious scientists throughout history.

In 1632 Galileo Galilei was accused of heresy for questioning the Aristotelian "consensus model" of the universe which held that the sun and all other heavenly bodies revolve around the earth. He was threatened by the Inquisition with torture for holding these views, despite the fact that he - and anyone who troubled to do so - could see through a telescope that moons orbit the planet Jupiter.

An old man, Galileo was forced to recant and confess his error; he thereby escaped being burnt at the stake and was instead sentenced to house-arrest for the rest of his life. Science and history have of course proven him right. Ever since, the notion of enforced "consensus" has been anathema to scientists. Until now.

At present the warmistas are insistent that failure to accept their view that catastrophe is imminent is heresy even though these prognostications rely on a process little more reliable than reading the entrails of a goat.
at 2:27 PM