Socialist Birds of a Feather 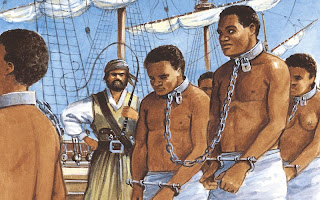 During a cruising visit to the "People's Paradise of Cuba" ΛΕΟΝΙΔΑΣ had the dubious "honor" of visiting some of the Spanish financed resorts east of Havana along the 30 kilometer beach of Varadero. The only Cubans allowed on the premises of these oases are Communist Party apparatchiks, or the "employees" who are paid by the Cuban government at a fraction of the rates paid for their salaries by the Spanish "investors".

Spanish Foreign Minister Miguel Angel Moratinos said Tuesday that his country plans to renew cooperation with the regime of Cuban dictator Fidel Castro, four years after the European Union imposed sanctions on the island over the arrest and execution of Cuban dissidents.

"It is absolutely unthinkable for the Spanish government not to sustain, defend and develop an intense and constructive policy with the Cuban authorities" based on dialogue, Moratinos said after a meeting with Felipe Perez Roque.

What is absolutely unthinkable is that the Spanish government would send its Foreign Minister to set up a farce, trying to confuse the other countries that are part of the European Union, claiming that it was beginning a "dialogue" that would include monitoring the human rights situation in the island, when in reality Moratinos refused to meet with any of the dissidents and all he did was to consent to everything that the Castro regime asked, in exchange for Spanish companies to be able to continue exploiting Cuban workers, dealing in stolen properties and for thousands of shameless Spanish sexual "tourists" who satisfy their disgraceful instincts on needy Cuban women and minors, engaging in a kind of sex acts which are reminiscent of the rape of slaved female Cuban natives and African women during the abominable colonial era.

According to Guillermo Morales Matos, Professor of Geographical Analysis at the Universidad Carlos III of Madrid, approximately 200,000 sexual tourists travel from Spain to Cuba each year.

"We will have to await the results, the Zapatero government has always ignored all the pleas from Cuban dissidents to help improve the human rights in the island," said Vladimiro Roca, one of Cuba's best known dissidents. "What he really came to do was to guarantee the Spanish investments in Cuba."