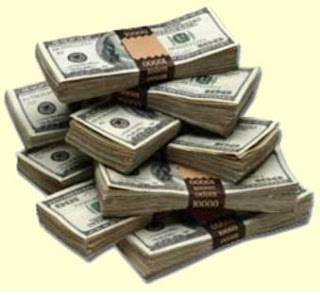 The advice given by "deep throat" to Carl Bernstein in the Watergate affair in 1972 has stood the test of time: "Follow the money". Nowhere is it more appropriate than in the current "global warming" debate which is "settled science". In a recent interview with Dr. Nils-Axel Mörner who is the head of the Paleogeophysics and Geodynamics department at Stockholm University in Sweden and past president (1999-2003) of the INQUA Commission on Sea Level Changes and Coastal Evolution, leader of the Maldives Sea Level Project. Dr. Mörner has been studying the sea level and its effects on coastal areas for some 35 years. He was interviewed by Gregory Murphy on June 6, 2007 for EIR (Argentine Foundation for a Scientific Ecology). Dr. Mörner questions much of the so called "data" presented by the "warmistas" that use computer models in lieu of observations when presenting the case for political action to be taken to address the issue.
When asked about the real state of sea level rise during recent history he responded:

Dr. Mörner advises that any increase in sea level rise must effect the Earth's rotational velocity which has not occurred. Furthermore the data published by the United Nations introduces a factor which was not obtained by observations: It was a "correction factor" taken from a tide guage in Hong Kong (an area subsiding since it is erected on sedimentary fill):

So it was not a measured thing, but a figure introduced from outside. I accused them of this at the Academy of Sciences in Moscow —I said you have introduced factors from outside; it's not a measurement. It looks like it is measured from the satellite, but you don't say what really happened. And they answered, that we had to do it, because otherwise we would not have gotten any trend! This is a falsification of the data set. Why? Because they know the answer. We are field geologists; they are computer scientists. So all this talk that sea level is rising, this stems from the computer modeling, not from observations. The observations don't find it!

With regard to the IPCC report on global warming:

It had 22 authors, but none of them— none—were sea-level specialists. They were given this mission, because they promised to give the "right" answer.

I'll tell you another thing: When I came to the Maldives, to our enormous surprise, one morning we were on an island, and I said, “This is something strange, the storm level has gone down; it has not gone up, it has gone down.” And then I started to check the level all around, and I asked the others in the group, “Do you see anything here on the beach?”

And after awhile they found it too. And we had investigated, and we were sure, I said we cannot leave the Maldives and go home and say the sea level is not rising, it's not respectful to the people government. I have to say it to Maldive television. So we made a very nice program for Maldive television, but it was forbidden by the government! Because they thought that they would lose money. They accuse the West of putting out carbon dioxide, and therefore we have to pay for our damage and the flooding. So they wanted the flooding scenario to go on.

When the warmistas decry "big oil" for the funding of global warming "deniers" they are conveniently omitting the elephant in the parlor which is "big government " which stands to benefit most from the scam by an exponential increase of its power over us as well as continued perks for politicians.
at 9:47 PM