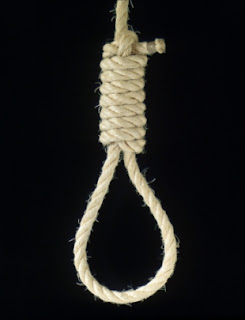 A de facto state of war has existed between the Islamic Republic of Iran and the United States for over 28 years. Congress was not called into session by President Carter to issue a formal declaration; nevertheless the invasion and subsequent occupation of the U.S. embassy (sovereign U.S. territory) in Tehran was an act of war. Iran continues to wage war on the U.S. by materially assisting the Taliban along its border with Afghanistan as well as the Al Quaida insurgents in Iraq. Although President Bush has occasionally talked tough to the Islamic theocracy, political considerations have thus far precluded any overt military actions.
Today's news of riots in Iran over the implementation of gasoline rationing emphasizes the paradox of a theocracy rejecting western culture with its technological advantages in favor of enforcing Islamic sharia law. While sitting atop major petroleum reserves, the Islamic Republic of Iran is unable to produce adequate supplies of motor fuel for its domestic needs. Some Members of the Majlis (Iranian Parliament) are blaming the U.S. for the riots

Some MPs denied that the rioting on Tuesday and Wednesday had anything to do with the government's rationing measures. "The attacks on the petrol pumps were organized well in advance by 'agents provocateurs' working for the US government, who incited some deranged individuals to set petrol stations alight," Morteza Tamaddon told journalists.

He also claimed that thousands of counterfeit dollars had been paid to these 'deranged individuals'.

While the government in Tehran insists on contributing to the destabilization of Lebanon and the Arab territories of the west bank, Gaza and the northern Israeli border and proceeding to acquire nuclear weapons in order to increase its mischief making capabilities, it remains extremely vulnerable to a potential enemy who would attack its refining capacity.

I submit that as the mullahs have expressed their intention to "remove Israel from the map" and attack the U.S. (great satan) at any opportunity, either nation is justified in taking strategic military action especially in view of the de facto state of war that continues. The political repercussions could not be on a magnitude greater than presently exist due to the global left's hatred of President Bush and consequently the U.S. If one is going to be hung any way what does it matter whether as a sheep or a goat?

Such a scenario is however, unlikely as Mr. Bush today announced his intention to appoint an envoy to one of the world’s most implacable hate-filled groups, the Organization of the Islamic Conference while standing unshod in a mosque in the capital. The following is an excerpt from Bush's speech:

I will appoint a special envoy to the Organization of the Islamic Conference. This is the first time a President has made such an appointment to the OIC. (Applause.) Our special envoy will listen to and learn from representatives from Muslim states and will share with them America’s views and values. This is an opportunity for Americans to demonstrate to Muslim communities our interest in respectful dialogue and continued friendship.

Read more at Gates of Vienna if you have the stomach. It is as yet unknown if Bush brought his own prayer rug for the ceremonies or if this "envoy" will require Senate confirmation. That debate could prove interesting. All of this while at the same time attempting to ram through an amnesty for 12+ million illegal alien immigrants.