Another Junket with an Agenda 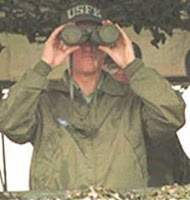 It is always a hoot when these political junkets are covered by the media ; especially when the politicians look through the wrong end of the telescope or comment thoughtfully while viewing the scene through binoculars with the lens covers on. Is this a presidential thing?

"During our trip to Greenland last weekend, we witnessed the effect of
global warming on the ice sheets and the economic impact on the Inuit
people. Greenland Premier Hans Enoksen, national and local leaders, and
residents all stressed that changes to their environment are rapid and far
reaching. Fishing and hunting and the tourism attracted by dog sledding
have all been adversely affected by the warming climate.
"Renowned climate scientists Dr. Konrad Steffen, Dr. Jay Zwally, and
Dr. Jose Rial are studying the accelerating melting and movement of the
Artic ice. Scientists are working rapidly to analyze the dramatic changes
to the Greenland ice cap -- the amount of ice breaking off in two days is
enough fresh water for New York City for one full year.
"The science is undeniable -- as is the urgency with
which we must act."

The "science" is so "undeniable" that a 15 year old student in Maine carefully and methodically rips it to shreds here.
Am I the only one who notices that warmista scientists are always characterized as "renowned" whereas equally credentialed doubting scientists are idiot fringe "deniers"? The warmista articles are inevitably laced with loaded words such as: urgent, undeniable, dramatic, accelerating and irreversible.

In the interest of intellectual and fiscal reason these junkets should be more closely scrutinized. Conferences held at health spas and golf resorts are one thing, but the next thing we know the politicos will return from a tour of flood ravaged Bangladesh and insist we begin funding work on an Ark.

Beware the politician demanding urgent governmental action. Your liberty and treasure are at extreme risk. 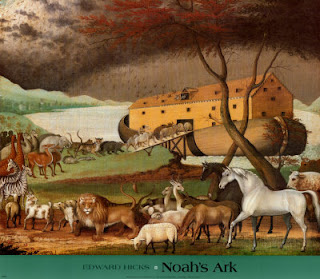 I must say I have no idea of what is the true cause of the melting ice in Greenland, if it is cyclical or man-made. Does it matter? The inevitable will happen anyway, Gore and Pelosi can't stop it, rather they are making it worser.

I wish to express my appreciation to your blogging for helping me become acquainted with your thoughts and experiences. Greetings from Sweden!